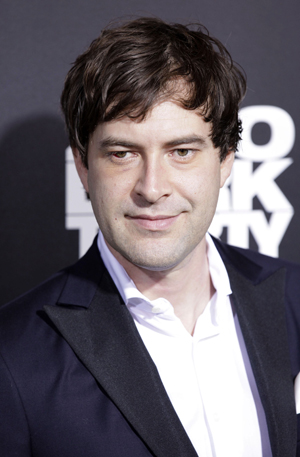 A rising indie star is set to team with the “Queen of Comedy.”

Deadline is reporting that the multitalented Mark Duplass has signed on to appear in Melissa McCarthy‘s directorial debut Tammy.

The comedy follows a woman (McCarthy), who after learning that her husband has been unfaithful and losing her job, embarks on a road trip with her hard-drinking grandmother (Shirley MacLaine).

The Bridesmaids actress is set to co-direct the film with her husband Ben Falcone. McCarthy and Falcone also penned the screenplay.

Duplass will star as a man who McCarthy’s character meets along her journey.

It’ll be great to see a force like Duplass bounce off McCarthy’s impeccable comedic timing.

Duplass first gained recognition in the early 2000s when he and his brother Jay Duplass released The Puffy Chair. Since then, the two have risen to indie film royalty. Much of their work, like Baghead and Cyrus, have premiered at major film festivals.

In 2011, they co-wrote and directed Jeff, Who Lives at Home, starring Jason Segel, Ed Helms and Susan Sarandon. They also guest starred on The Mindy Project, the appearance marked Jay’s acting debut.

During the past few years, Mark has appeared in a string of notable films.

The majority of the projects he chooses are comedies with an element of drama, such as Your Sister’s Sister, opposite Emily Blunt and Rosemarie DeWitt, Safety Not Guaranteed, with Aubrey Plaza, Darling Companion and People Like Us.

He also had a small role in Kathryn Bigelow’s Oscar-nominated Zero Dark Thirty.

Next up, he’ll appear in horror flick Mercy, drama The One I Love and Parkland.