Get ready for Rogue by getting to know Thandie Newton. 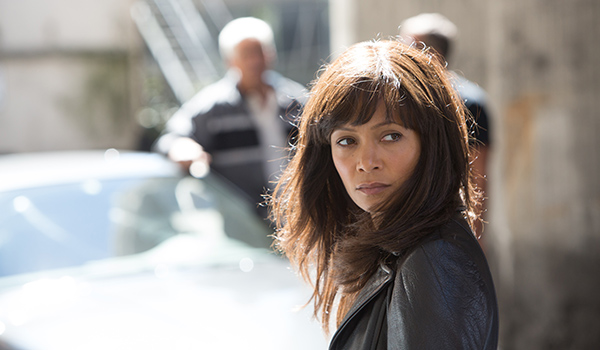 DIRECTV’s new thriller Rogue is not only an action-packed twist on the tale of a mother out for revenge, it’s also the best place to catch sight of the lovely Thandie Newton.

Her name may not ring a bell, but her face and her resume will. Thandie Newton has had roles in some of Hollywood’s best films. Just look at this selection of awesome movies:

That only scratches the surface of her work. She also played Condoleezza Rice in W. and earned SAG and BAFTA awards for her role in 2004’s Crash. Or, perhaps you recognize her from her 14-episode run on ER? She played Dr. Carter’s wife. She’s also a spokeswoman for Olay.

Where’d she come from?

As actors go, Newton’s backstory is, by far, one of the most interesting. According to IMDb, her unique name is actually short for Thandiwe (Tan-dee-way), which means “beloved.” The name is most likely African, from her mother’s Zimbabwean heritage.

Newton actually spent the first part of her life in Zambia, until the political unrest in the nation sent her family fleeing back to the U.K. when she was a pre-teen.

Another perhaps surprising fact about Newton is that she went to Cambridge University, where she earned a degree in anthropology. Who’d expect an actress to major in anthropology? Very cool. During breaks, she still found time to pursue acting and that turned out to pay off as it’s keeping her family fed.

What’s she up to now?

Newton has a lot on her plate. She doesn’t just play Grace, the main character in her new show Rogue. She also had a full-time job as the mother of two daughters, Ripley, 12, and Nico, 8. She also recently went from screen to London’s West End stage to star in Ariel Dorfman’s Death and the Maiden.

After all that, Newton still finds time to work with the V-Day Foundation, an organization that helps women who have been victims of sexual violence. What an awesome cause to support! It sounds as if, just like her character, Newton’s got her hands full! We’re sure she can handle it, though — she’s one major alpha woman!

To catch Newton in her newest role, tune in to Rogue on April 3 at 9/8c on DIRECTV’s Audience Network.