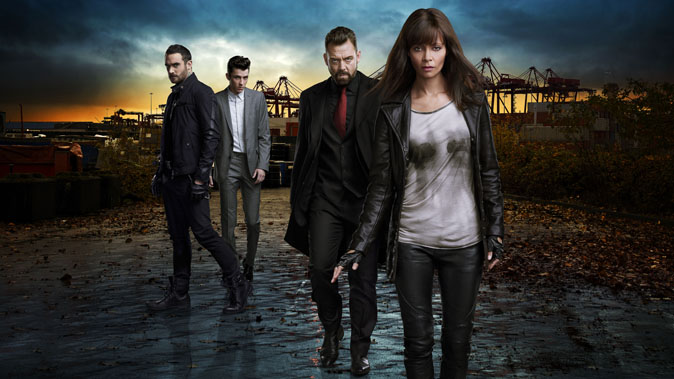 Mothers will do just about anything to protect their beloved children. This season we’ve seen a mother finish her husband’s shady drug operation (Red Widow), mothers go to war in the name of their husbands, fathers and children (Game of Thrones) and a mother kill in order to protect her son (Bates Motel, though Norma is also just crazy). With the summer just a few more warm days away, there’s another butt kickin’ mama on the horizon for DIRECTV subscribers.

Meet Grace Travis (the gorgeous Thandie Newton). Grace is an undercover detective who finds herself in a major moral and emotional dilemma after the mysterious death of her son. Was she to blame somehow? She may be an undercover cop, but no one in their right mind would send a mourning mother undercover on a case involving their own son. She’ll stop at nothing to get the truth. Including going rogue.

What could possibly go wrong?

Everything. In the process of hunting down the truth, Grace soon finds herself tangled up with one very powerful and extremely dangerous family. Circumstances become even sketchier when Mrs Grace Travis discovers she’s walked herself straight into a forbidden relationship with the crime boss, Jimmy Laszlo (Marton Csokas). That relationship is only made more complicated by her sneaking suspicion that Laszlo was in on her son’s murder. Uh-oh! Deep undercover and no back-up in sight, Grace must now not only uncover the true circumstances behind her son’s death, but also help Laszlo track down a mole in his organization.

Will she make it out alive? Will she lose any more of her family members in the process? Only time will tell.

Rogue was co-produced by DIRECTV and E1 and was picked up as a series immediately. The show will air on DIRECTV’s The Audience Network, which will even feature all 10 episodes of the show on demand. DIRECTV has had previous luck with DIRECTV-only showings of shows like Friday Night Lights and Damages. Rogue premieres on April 3 at 9/8c on DIRECTV’s Audience Network.