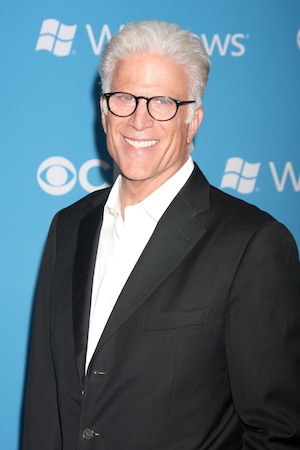 It’s official: CSI: Crime Scene Investigation is sticking around. The veteran procedural drama has earned its renewal. The network gave it an early pick-up for its 14th season. That’s impressive considering its recent casting changes.

Ted Danson’s character on CSI “gets under everyone’s skin” >>

Not only will the show return, but so will Ted Danson. According to TVLine, the actor has extended his contract, which means we haven’t seen the last of D.B Russell. Danson originally joined the cast in Season 12 after Laurence Fishburne left.

“CSI is synonymous with CBS, and we are so proud of the series’ creative and commercial legacy and its continued success on our Network,” CBS boss Nina Tassler said in a statement.

“The writers and producers have done an amazing job evolving CSI, reinventing the show around an incredible leading man in Ted Danson, the acclaimed Elisabeth Shue and our beloved and talented core of original cast members.”

Speaking of Shue, it’s great that she’ll be back as well. Her character Julie Finlay made her debut this past season. We can also expect George Eads, Jorja Fox, Eric Szmanda, Paul Guilfoyle, Robert David Hall, Wallace Langham, Elisabeth Harnois, David Berman and Jon Wellner to return next fall.

The series originally debuted in 2000 with William Petersen and Marg Helgenberger as the leads. During its run, it’s been nominated for multiple Golden Globes and Primetime Emmy Awards.

Are you glad that CSI is sticking around?