Weddings can’t all be about songs like “Mama’s Song” and “Butterfly Kisses.” You need to have some fun on that expensive dance floor! 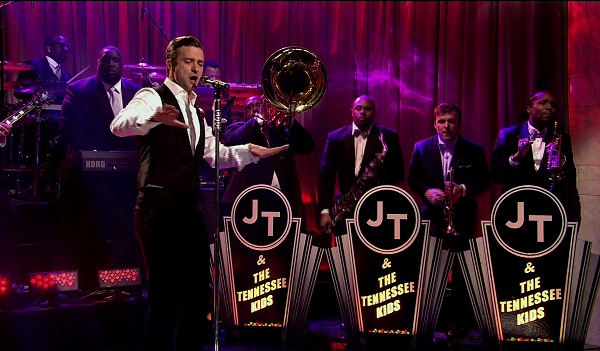 We are firm believers that a wedding reception is just one super expensive and uber-fancy party to say “Thanks for the knife set/blender/candlesticks.” You can’t say thank you with just yummy cake and shrimp skewers. Your family deserves a party and we’re here to help. Check out our favorite pop and hip-hop weddings tunes.

As trendiness and future embarrassment factors go, this is the equivalent to all those people in the ’80s who danced to “You’ve Lost That Lovin’ Feeling” while wearing aviators and teased out hair. That said, it’s really good now! And what’s wrong with having a few laughs at yourself on your 25th wedding anniversary? Your man has put on his suit and tie and you’re wearing “that dress [he] like(s).” Watch the video, learn a few of Justin’s sways and slides and then get out there and have some fun!

This song gets us in “the feels!” “Between the Raindrops” is definitely for the couple that has weathered more than their fair share of storms together. The cliche-riddled chorus is also awesome. Instead of coming up with a million ways to describe what they’ve been through and what they’re after, Lifehouse and Beddingfield just bomb you with all the descriptors you’re used to hearing. They’re cliche for a reason: They’re accurate. Why mess with a good thing? Also, if you really want to cheese this up, we have one word for you: umbrellas.

No wedding is complete without a little Queen Bey. Plus, as far as celebrity marriages go, B and Z are some pretty decent role models. They started off as friends, you know. The best part about this song is that it’s actually made for shy people. It only has one verse (which talks about love making you feel warm and smiling from ear-to-ear), then it just repeats that chorus over and over again. So, if you want to do something other than spend four minutes swaying awkwardly but you still don’t want all eyes on you for very long, it’s an easy song to shorten before pulling all your buddies out onto the dance floor.

To really make sure you keep your party going, we’ve pulled together a few other dance-friendly tunes to keep the night flowin’ long after your champagne fountain stops. Have fun!