Jake Davidson continues to be the luckiest high school senior in the U.S. Model Kate Upton surprises him with a phone call during his appearance on The TODAY Show on Wednesday. Did she say “yes?”

Related story Proms Are Canceled, But These Kids & Parents Aren't Giving Up 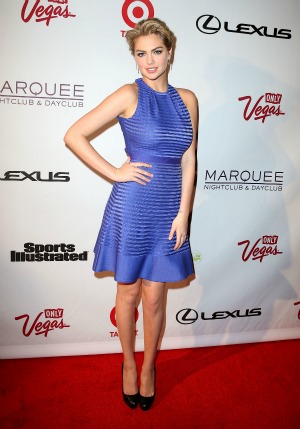 If you have been following the saga of a Southern California teen who asked model Kate Upton to his prom via YouTube, we have an update for you. Upton has moved from a “maybe” to a strong “maybe” after a surprise phone call during the teen’s appearance on The TODAY Show on Wednesday.

While Jake Davidson was talking to morning news show hosts, Savannah Guthrie and Hoda Kotb, Upton chimed into the conversation as the high school senior turned bright red. This was the first time Davidson had ever spoken to his Sports Illustrated crush and it showed all over his face.

However, the teen is anything but shy. He went straight into his sales pitch to get Upton to attend the prom as his date.

He said, “This just got so much better now that you’re on the phone. I’m telling you it will be a great night, great evening. I could even get the curfew extended hopefully by my parents, maybe. I hope you’d be interested if your schedule is free, and what time should I pick you up if you are interested?”

The 20-year-old cover girl gave him a positive response.

She said, “Well, I definitely have to just check my schedule, but you seem like so much fun and if everything works out, I’d love to go with you. I know we’d have a blast.”

Behind the scenes with SI swimsuit model Kate Upton >>

The TODAY Show hosts even helped with a little prom tradition. Will Upton be getting a wrist corsage or a pinned-lapel corsage?

Davidson humorously responded, “You know, I was thinking about that a lot. It’s been plaguing me and I’m going with the wrist if that’s OK with Kate. I think that’s the way to go. Very classy.”

Upton was in agreement, saying, “Classy, I love it. Perfect!”

We’ll have to stay tuned to find out if the date actually works out, but right now, Davidson is the coolest kid on campus.