Holly Madison debuts Rainbow Aurora to the world while talking about her role as a new mom and her easy delivery. 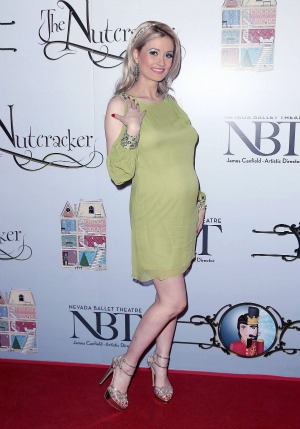 Holly Madison teased in a recent interview that she would exclusively debut her baby girl in a magazine. The cover story for In Touch is out now and the world gets to see the first photos of newborn Rainbow Aurora.

The photos were taken one week after Rainbow was born and the magazine talked to Madison about being a new mom.

The Playboy Playmate swears that giving birth was a piece of cake, “Even the delivery was easy — I was actually laughing as I was pushing!”

While most moms might not agree with that statement, apparently the epidural helped ease the process of giving birth.

Madison reveals, “I had an epidural, so it was fun. She made it easy on me.”

The birth might have been easy, but is life going to be easy for a child with such an unusual name? The former Girls Next Door star weighs in on the moniker controversy.

She said, “If getting teased about her name is the worst thing that’s going to happen to her, bring it on.”

The reality star’s inspiration behind the name came from a childhood classmate. The new mom shared, “I was always envious of her name!”

Holly Madison is planning on eating her own placenta >>

Madison and her boyfriend Pasquale Rotella are enjoying parenthood immensely even when Rainbow is fussy.

The former Peepshow star blissfully shared, “Like all babies, she has her moments. But I’m so in awe of her that I even think her screams are cute!”

While this is the first baby for Madison and Rotella, don’t expect it to be the last. She has big plans ahead!

Madison tells In Touch, “We want Rainbow to have lots of brothers and sisters. I’d love to have six!”

It sounds like the reality star is ready to have her own Brady Bunch brood. 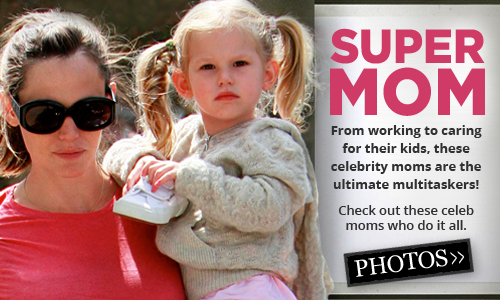