Roderick traced a phone call that led the cult to Claire’s location. Now the cult is sending two terrorist-types in to retrieve her while Hardy scrambles to keep her safe. 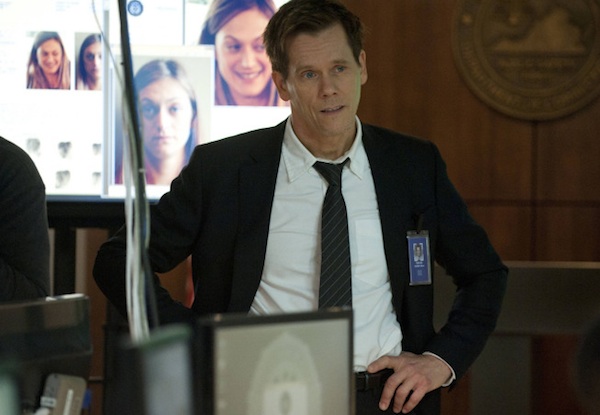 This week’s episode of The Following is shaping up to be the most mano-a-mano episode we’ve seen. The cult and the FBI are gearing up for a face-off. The FBI is trying to protect Claire in her motel while under siege from Carroll’s following.

On last week’s episode, Roderick traced a phone call that led to Claire’s location. Now, the following is enacting a plan to get her back.

Carroll (James Purefoy) is spending his time mending relationships while he waits for Claire to return. First, he makes s’mores with his son Joey. Carroll tells Joey he can ask him anything, but Joey is still very skeptical of his father and asks Carroll when he’s going to see his mom. Carroll replies, “What if I told you it would be really, really soon?” Reassuring to Joey, sure, but extremely creepy otherwise when you consider how many lives Carroll is willing to go through to get to Claire.

Carroll also asks Jacob to forgive Emma. He tries to make Jacob understand that Emma was only protecting Joey and doing what Carroll had asked. Jacob doesn’t seem ready to forgive her, but he doesn’t seem as angry as expected. I guess he’s still willing to do whatever Carroll asks, even putting aside the fact that his girlfriend left him for dead.

Meanwhile, Roderick will be handling the dirty work. He’s hired two mercenary criminals to go in to the hotel where Claire is staying and retrieve her. Hardy (Kevin Bacon) catches on to the plan and the action that ensues is sure to be full of suspense and, most likely, gore. The exciting part is that you really don’t know whether this attempt by the cult will be successful. Sure, eventually, the cult is bound to find a way to bring Claire face-to-face with Carroll. This may finally be the episode — or the FBI may be successful in protecting her.

We’re also told that Hardy’s quest to protect Claire will reunite him with an old friend from his past. This relationship will play a significant role in his future, according to Fox.

The next episode of The Following airs March 25 on Fox. Here’s a sneak peek of the show: