Enough curious viewers tuned in to watch celeb diving program Splash to make it the number-one unscripted debut since 2011. 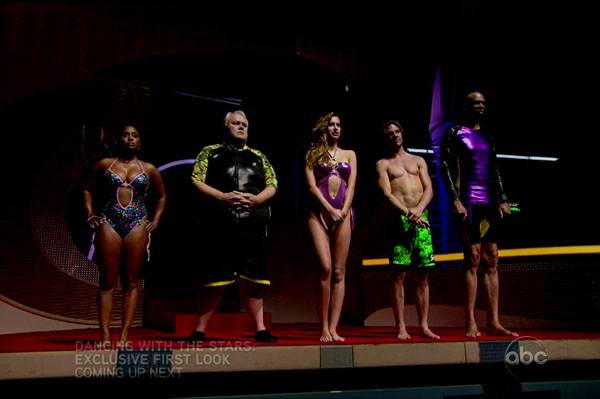 Lots of people want to watch stars in their bathing suits.

Compare that to the highest-rated unscripted shows The Bachelor and American Idol, which each pulled about 4.7 million broadcast eyeballs this week, according to Zap2it, while the top scripted show, The Big Bang Theory, had around 6 million viewers.

So 8.8 million viewers for what’s essentially Dancing with the Stars in the water. It’s huge. Particularly, Entertainment Weekly points out, since Fox ran a two-hour special called Stars in Danger: The High Dive in January that pulled just 3.4 million viewers.

Why did Splash get such a response?

Katherine Webb dives back into the spotlight >>

In contrast, the hottest names who appeared in Fox’s Stars in Danger were JWoww and Antonio Sabato Jr.

The previewer for HitFix, who professes to be a huge reality fan, admits that even she had to roll her eyes “when not one but two celebrity diving programs made the programming slate” and she had trouble seeing the appeal, because what’s great about Olympic diving is “it’s quick and it’s beautiful,” and posits that Splash is like “hanging out at the pool with people who are being bullied into getting on the high diving board.”

Did you watch? Was Splash quick and beautiful or awkward and painful?