Whether you’ve always been the black sheep of the family or your community’s golden boy, change can be difficult. In The Burgess Boys, Elizabeth Strout explores the relationships between three siblings as their lives and the world around them undergo great changes. 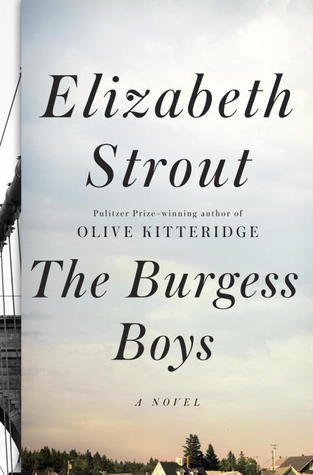 Elizabeth Strout has written four works of fiction, but she is best known for her third book, the book club favorite and Pulitzer Prize-winning Olive Kitteridge. In her latest book, The Burgess Boys, Strout returns to the small-town Maine setting that served her so well in Olive Kitteridge and writes again about the reactions of her characters to the changing world around them.

About The Burgess Boys

The Burgess siblings are not particularly close. The boys, Jim and Bob, live physically near each other, a mere few blocks away in Brooklyn, but despite all the time that Bob spends with Jim’s family, there is a disconnect between the two men. Perhaps it stems from the death of their father, hit by his own car when it rolled back down the driveway as he was checking the mail. All three children were in the car at the time: the boys and their sister Susan; Bob only 4 years old and the one who caused the accident by playing with the controls of the car. Unlike the boys, Susan stayed in Shirley Falls, the small Maine town where they all grew up.

Their town, though, is changing. A large influx of Somalis has immigrated to Shirley Falls to escape the chaos in their own country, as well as the frequent terror of the refugee camps in Kenya. Many residents of Shirley Falls, unused to anyone more “foreign” than French Canadians, are having a difficult time adjusting to the Somalis who differ from them in language, skin color and religion, just to start with. When Susan’s son Zach throws a frozen pig’s head into a mosque during Ramadan, the tension in the community boils over. Does he realize just how heinous the act he committed is? Was it truly an innocent prank?

As the boys return to their hometown to help their sister and nephew through this time, they and Susan are forced to face both their future and their past, and the way their lives and relationships have both changed and stayed the same.

Did you or your book club read Olive Kitteridge? Are you planning to read The Burgess Boys? Leave a comment below!