Justin Bieber’s ex is working to distance herself from that relationship, and her Disney past. She couldn’t have chosen a better film to do both than Spring Breakers. 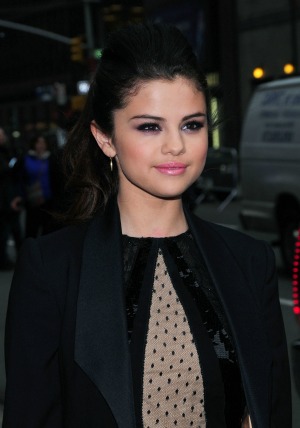 Selena Gomez has gone from a Disney darling to the girlfriend of a pop superstar, but she is working hard to make it known she is her own talented person. The actress and singer sat down with Reuters to talk about her new movie Spring Breakers, and growing up.

Spring Breakers is an independent film that managed to snag Gomez, Vanessa Hudgens, and other big stars. The film is about a group of girls headed to Florida for spring break, but find themselves getting into more than they expected.

“I was… excited and enticed,” she told Zorianna Kit with Reuters. “When I auditioned for Harmony [Korine, the filmmaker], we talked about how he wanted to leave my lifestyle behind and have me go on this adventure with him. I knew it was going to be crazy, but I was comfortable with it.”

Gomez’s past, and Disney in general, is not exactly known for skimpy clothing, so the film and its wardrobe were new for Gomez, but she was up for it.

“When we did the spring break scenes, we were surrounded by hundreds of spring breakers in bikinis who wore even less, so that was OK,” Gomez said. “I was more uncomfortable in the scenes where I was (in a bikini) getting arrested, in jail and in the pool hall with strangers. It added vulnerability and helped me feel grossed out, which was what my character is supposed to feel.”

The actress said she felt she needed to do a role like this, not only to get away from her good girl image, but to show herself what she could do as an actress.

“It was completely liberating. (Up until this film), everything I’ve been a part of definitely has been a bit more processed, like how many pieces of jewelry I have on, what my hair looks like,” she said. “With Harmony, I never wore makeup and he never cared about my hair.”

Gomez has more out-of-the-box films coming out soon, including Behaving Badly and Getaway, but will also be returning for a reunion of sorts on Wizards Return: Alex vs. Alex. The actress said her life will be taking a turn soon, and she is going to focus on her music for a while. Gomez has an album out this summer and will be touring to support it.