It appeared as though the Family Guy creator was finally settling down, but he is again single after reportedly breaking up with his girlfriend of nine months. 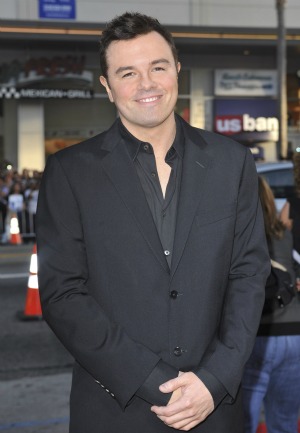 It has been a rough couple of weeks for Seth MacFarlane. First, his hosting gig at the Oscars was received with very mixed reviews. And now, it appears the 39-year-old funnyman is single again.

MacFarlane has been dating 25-year-old Game of Thrones actress Emilia Clarke for the past nine months, but it looks like they just couldn’t make it work.

“They are no longer dating,” a source told E! News. “It was really a location challenge. She has been in Europe shooting Game of Thrones and he is based in California, so it was hard to make it work despite the distance. They have remained friends.”

Tina Fey as next year’s Oscars host? Nuh-uh, she says >>

MacFarlane and Clarke were first suspected of dating after they were seen together at an Emmy after party in September. Clarke showed up alone Monday on the red carpet for the third season premiere of Game of Thrones.

According to Kat Giantis with MSN, the couple were very rarely spotted out together, and enjoyed keeping a low profile. They were last seen out together during a rare appearance at this year’s Golden Globes.

“I will say, she is an incredibly kind, supremely talented person, and one of the hardest-working people I have ever met,” MacFarlane told Entertainment Weekly before the Oscars, according to Giantis. “It’s a pain in the a– because if you date, at a certain point you’re in a relationship and at a certain point you’re playing the field. It becomes this thing of trying to find places where you can have some privacy, where you’re not going to be accosted by people and suddenly linked to someone as if you’re in a serious relationship.”

MacFarlane continues to work on his three shows, and Clarke will soon appear on Broadway in Breakfast at Tiffany’s. Rumors have linked MacFarlane to actress Charlize Theron, but he insists they are only friends.