Veronica Mars is making moves. A film is just one of several projects producer Rob Thomas has in the works. Fans should brace themselves for a documentary and full promotional experience. 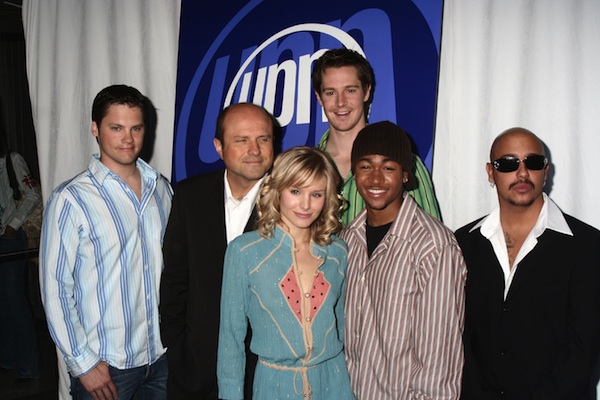 Veronica Mars is living the dream. The canceled series has become a full-fledged movie. To be fair, it’s not the first show to make the leap to the big screen. Star Trek, Firefly (Serenity) and the upcoming Entourage movie are a few.

But Veronica Mars has fought long and hard for its due. For years, showrunner Rob Thomas and star Kristen Bell have been trying to get a film made. They wanted something that would give fans one last hurrah with their favorite characters.

After little to no progress, Thomas went to the people. He essentially got fans to put their money where their mouths were. He opened a Kickstarter fund with hopes of raising $2 million. Not only did he reach his goal, but it went beyond. As of Tuesday, March 19, the film has received $3.7 million and counting.

According to The Hollywood Reporter, Thomas is going to put every dime to good use. “We were built by fans, so we’ll try to do our best to keep the momentum going through that,” he says. “We’re hoping to go to Comic-Con, maybe have some footage to show at Comic-Con. We have a documentary following the making of the movie.”

The film’s script is still a work in progress. Much of the story and its setting depends on the final budget. The show was originally set in Southern California, which isn’t a cheap place to shoot. There are also certain action sequences that may or may not happen.

Thomas explained, “There’s an altercation [at a high school reunion in the film], and how much money we raise affects whether that is having terse words exchanged or a full-on brawl,” he adds. “One if we hit certain dollar amounts, and the less spectacular if we haven’t.”

We hope to see the documentary sooner than later. It sounds like a fascinating process. Veronica Mars went from the little show to the little movie that could.