A high school senior may be the bravest man in the world after asking Sports Illustrated swimsuit edition cover model Kate Upton to his senior prom. But what did she say? 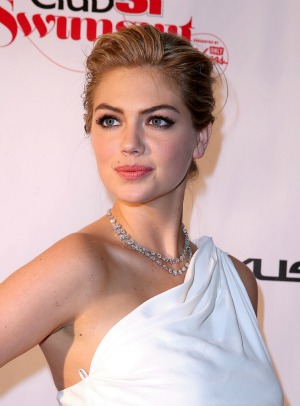 An LA-area high school senior has decided to go big when it comes to his senior prom. Jake Davidson made a YouTube video asking Sports Illustrated model Kate Upton to his dance.

“In the two-minute clip, Davidson lists the many points of interest they have in common,” said Yahoo. “She models for Sports Illustrated, he reads Sports Illustrated. She’s only an inch taller than he is. He can’t dance but he is a great admirer of her Cat Daddy video that nearly broke the Internet last year. In short, it’s destiny.”

Davidson said he has no date to the prom and is hoping Upton will change that.

“Great moments are born from great opportunity,” he said in the video, quoting the film Miracle, according to Yahoo. “And that is what you have here today. A chance to make a nice guy’s senior year the best ever.”

It looks like Davidson may get his wish. Later Tuesday, Upton responded to the video and Davidson through Twitter.

“@JakeDavidson23: you can call me Katie if you want! How could I turn down that video! I’ll check my schedule ;)” she tweeted.

Davidson may have gotten his idea from the many brave souls who asked celebrities to their events in the past few years (thanks to social media).

“Mila Kunis attended a Marine Corps Ball with Sgt. Scott Moore, who had asked out Kunis via YouTube,” said Yahoo. “Justin Timberlake accompanied Corporal Kelsy De Santis to a similar dance in Virginia. And a young cancer-stricken admirer asked Taylor Swift to his prom. She declined, but did ask the young man to accompany her to an award show instead.”

Behind the scenes with SI swimsuit model Kate Upton >>

If Upton’s schedule works out, there is a good chance she will be the belle of the ball and Davidson will be the most popular kid in class. Or in the country for that matter.