Tensions boil over as the Bombshell team adjusts to their roles and Ivy continues to butt heads with Terry. 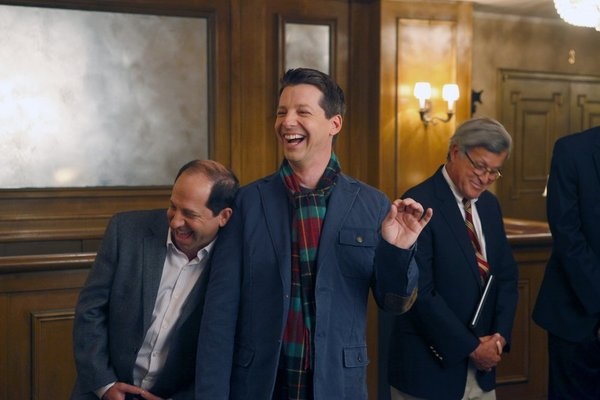 It looks like things will continue to go poorly for Ivy (Megan Hilty) on Liasions in tonight’s episode of Smash. Tensions have been growing between comedy star Terry (Sean Hayes) and powerhouse Ivy. They haven’t had the same vision for the show and Terry definitely doesn’t like taking the backseat to Ivy’s brilliant performance. But tonight tensions may boil over as the two continue to butt heads. With this kind of drama the show is definitely bound to make its mark on Broadway, but will it be for the right reasons?

Eileen has one sole purpose in life these days and that is to save Bombshell. Tonight’s episode will be no different, but she may have found a solution. Her daughter Katie (Grace Gummer) will return and she may just be the missing link. What role will she play? We already know Katie doesn’t like being in the middle of the drama with her parents, but will she come to the rescue to save her mother’s dream?

There’s also drama with the lead creative forces behind Bombshell. After Tom sided with Jerry over Julia (Debra Messing) and Derek (Jack Davenport), things haven’t quite been the same. New conflicts will surely arise as they settle into their new positions. And Karen (Katharine McPhee) is bound to be in the middle, as usual.

We might also see some fabulous song and dance numbers. I hear they have a lot of that on this show.