Has Annie found her father figure? Actor and singer Justin Timberlake is rumored to have joined the upcoming remake. The film is being produced by one of his frequent collaborators, Jay-Z. 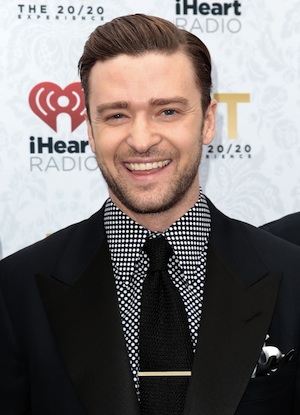 Is the world ready to see Justin Timberlake in a paternal light? He’s the guy we’ve watched go from blond teeny bopper to R&B crooner. Timberlake has starred in an Oscar-winning film (The Social Network) and has recently returned to his music roots.

Timberlake Tuesday: Is Justin the most supah-fly stud ev-er? >>

He’s both an actor and a singer, so he’d be perfect for a musical—in this case, the Jay-Z and Will Smith-produced Annie. Earlier today, the New York Post reported that Timberlake was being considered for the role of Daddy Warbucks opposite Quvenzhané Wallis.

We know what you’re thinking: that’s crazy! JT can’t play the bald millionaire. The character’s traditionally been portrayed as older (in his 50s). Timberlake is in his early 30s and it’s hard to imagine him sporting a shiny bald cap.

Well, you can put your mind at ease. Once the story spread like wildfire, Sony Pictures stepped in to stamp it out. According to Shadow and Act, studio reps are denying Timberlake’s involvement with the film.

So who’ll play the coveted character? Your guess is as good as ours. Whoever they are, they’ll be following in the footsteps of Albert Finney and Victor Garber. Those are big tap dancing shoes to fill.

Meanwhile, Timberlake is keeping busy. He recently released his third album titled The 20/20 Experience. It’s been seven years since his sophomore effort Future Sex/Love Sounds. He’s back with a bang, including an upcoming tour with Jay-Z called Legends of Summer.

Who would you like to see as Daddy Warbucks?