It’s the season finale of Pretty Little Liars and dramatic, jaw dropping secrets will be revealed. From Spencer joining the “A” team to the girl behind the red coat, many questions will finally be answered. 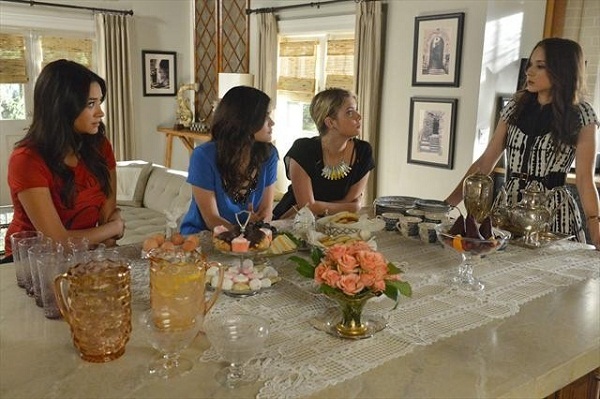 The moment we have been waiting for has finally arrived! Tonight is the season finale of Pretty Little Liars and there will be answers (which will probably only lead to more questions). If previous finales are any example then tonight’s episode is bound to be an intense, jaw-dropping, dramatic revelation. I can’t wait!

While producers and cast have been teasing us all week by revealing little about the episodes, we do know a couple of things. First off, Spencer (Troian Bellisario) is finally out of Radley and back home pretending to be her normal self. Aria (Lucy Hale), Hannah (Ashley Benson) and Emily (Shay Mitchell) aren’t buying her sudden change. Would you? She was crazy pants just last week.

We know Spencer is also teaming up with “A” which is bound to create lots of drama and suspicious behavior. Will the girls really figure it out on time and out Spencer for joining the “A” team? Will Spencer’s real motivations be revealed?

Missed last week’s episode? Catch up before the finale! >>

There won’t be much time to consider all that when a blast from the past shows up and shocking revelations come to light! Again, we’ll just have to watch the episode to find out exactly what those revelations are, but it’s rumored the girl in the red hoodie may finally be revealed!

What do you want to see happen during this year’s season finale?