Tiger Woods’ new girlfriend isn’t ready to meet his ex-wife quite yet. Instead, Lindsey Vonn just hides from Elin Nordegren at a kids softball game. 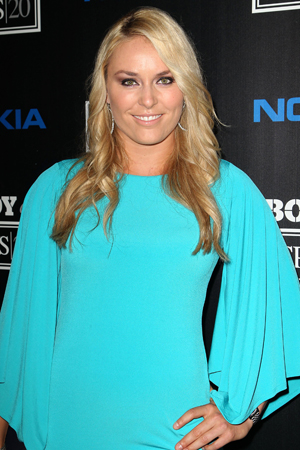 Lindsey Vonn might be comfortable enough with Tiger Woods’ sexual past to date him, but there is one part of his past she can’t face: his ex-wife, Elin Nordegren.

The injured skier reportedly waited in Woods’ black Mercedes for over an hour to avoid the Swedish stunner at their daughter Samantha’s softball game on Monday.

We get it, though: It’s not exactly fun to make nice with the ex-wife.

“I guess it wasn’t a well-kept secret but yes, I am dating Tiger Woods. Our relationship evolved from a friendship into something more over these past few months and it has made me very happy,” Vonn wrote.

They’ve reportedly been seeing each other for about nine months, but the divorced blonde wasn’t always so fond of Tiger. In fact, Vonn spoke out against Woods’ multiple extramarital trysts back in 2010.

The mocking was described in a 2010 Time article:

Like millions of Americans, Vonn can’t help poking fun at Woods’ staged event. When a member of her Vonn-tourage tells her that Woods gave a few friends hugs after ending his statement, she cracks, ‘They’re like, “Yeah, you’re awesome, you go have that sex.”‘ The room breaks into a laugh. Then she describes a skit she would want to perform if asked to host Saturday Night Live. Picture Vonn at Woods’ podium, blue backdrop and all. ‘There’s something you don’t know about me,’ Vonn says in a faux solemn, apologetic voice. ‘Tiger, you’re like my idol, and I too have a sex problem.’ More laughter. ‘That would be freaking funny.’ “

Wonder if Tiger knows about this?

Read on for more Lindsey Vonn

Lindsey Vonn: Injury after crash not benching her for long
Lindsey Vonn opens up about struggle with depression
Did Tim Tebow break up Lindsey Vonn’s marriage?