Filming for The Office has wrapped. Maybe that’s why Rainn Wilson is feeling nostalgic enough to post the talent-filled audition sheet for the sitcom’s casting sessions. 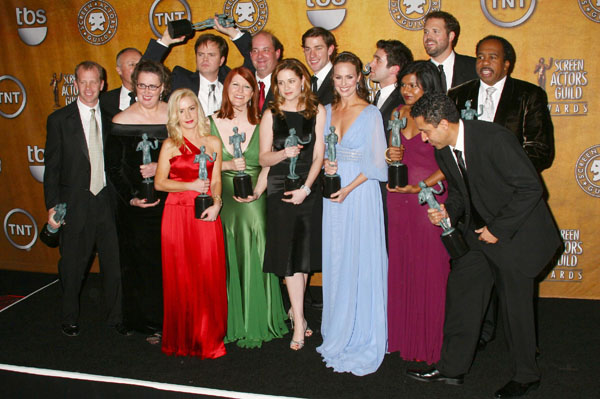 The casting agent for The Office had a crazy-good eye for talent. That’s the conclusion one inevitably comes to perusing the photo posted by Rainn Wilson (Dwight Schrute) on Facebook that contains the sign-in sheet for the sitcom’s original casting sessions, Entertainment Weekly reports.

“I was the very first person to audition for the series, 11/06/03,” Wilson wrote, praising The Office’s casting agent, Allison Jones, as “incredible.”

Arriving at the same time as Wilson was Adam Scott, now Amy Poehler’s husband on Parks and Recreation and formerly of the indie series Party Down. Apparently, Scott auditioned for the part of Jim. We can see it, can you?

The casting sheet also reveals that Wilson was being considered both for the part of Dwight and for Michael.

Other famous actors who were in consideration for the part of Michael, the New York Times reported in 2006, were Paul Giamatti, Martin Short, Hank Azaria and Bob Odenkirk (who went on to become slick lawyer Saul on Breaking Bad).

Odenkirk got his wish, in a way, by starring as an alternate-reality Michael Scott clone in a recent episode of The Office, when Pam interviewed for a new office job in Philadelphia.

And by the by, Allison Jones also cast Arrested Development, The 40-Year-Old Virgin, Parks and Recreation, Freaks and Geeks and Bridesmaids. Nice work, that.

The Office’s finale will air in May; filming has already concluded.