Beth Ditto had either the best or worst St. Patrick’s Day weekend ever, depending on your partying perspective. The singer of The Gossip is in trouble after having caused a whole lot of drunken drama in Portland. 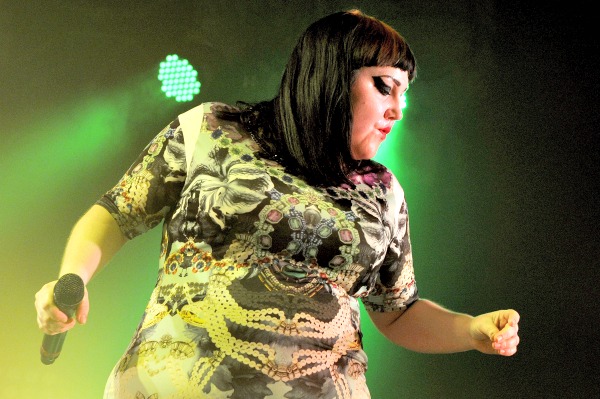 Beth Ditto was arrested in the early hours of Saturday morning after acting “like an airplane” in the middle of a Portland, Oregon. street. If that doesn’t sound like a memorable St. Patrick’s Day weekend of drunken shenanigans, we’re not sure what does!

The lead singer of The Gossip was allegedly out for a night of fun on Friday when the drama kicked up — quite literally. The Guardian reports it all began at the Bungalo Bar, which boasts “cheap drinks,” “fire pits” and a “huge whiskey selection.”

After enjoying all the establishment had to offer, the 32-year-old reportedly kicked a barman in the groin, left the bar and put on quite a show in the street. According to Portland Police Department spokesman Sgt. Pete Simpson, Beth Ditto was “standing in the middle of the street with her arms extended from her sides like an airplane.”

An eyewitness told the Willamette Week, “[She] threw off her shoes and purse and screamed, ‘OBAMA! OBAMA!’ Friends arrived to try to put her in a car.”

Another person, who shared their account of Beth Ditto’s behavior on Reddit, vented, “My friends and I were trying to enjoy a nice night out and she ruined it.”

More news on stars who’ve tangled with the law >>

Officers took the singer from the street and booked her with the charge of second-degree disorderly conduct, which is a Class B misdemeanor punishable by up to six months in jail and fines up to $2500. She is scheduled to be arraigned Tuesday morning.

Hopefully from here on out, Beth Ditto and The Gossip will be able to “Move in the Right Direction” once again. Check out last year’s video, which offered a decidedly positive outlook on the future:

Are you surprised to hear of Beth Ditto’s arrest drama?