The actor is being a friend and and said he would be officiating at his Stewart’s upcoming nuptials, but it won’t be the first time. 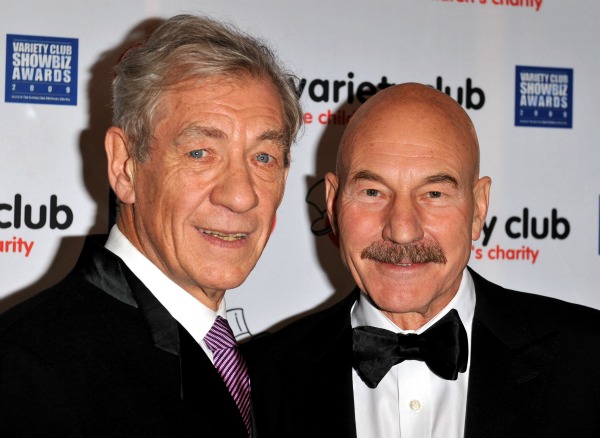 It’s the battle of the X-Men stars. Or, the marriage, anyway. Sir Ian McKellen announced on The Jonathan Ross Show that he would be marrying his co-star Patrick Stewart… sort of.

“I’m going to marry Patrick,” he said. But he then clarified: “How else do you put that? I’m going to officiate at his wedding.”

Stewart is currently engaged to 35-year-old jazz singer Sunny Ozell, and it looks like McKellen is going to be an important part of their wedding. The actor said this won’t be the first time he has officiated at a wedding, though. The first wedding he officiated was “with two guys having a civil partnership,” he said, according to TV Guide. “I was crying my eyes out.”

With McKellen, it will also be an interesting experience. He said for the first wedding, he had to decide what to wear for the important task he was given.

“[I] went with a sort of gown, something I bought in India that was rather fetching,” he said. “You mustn’t upstage the bride.”

McKellen and Stewart will again appear together in the next X-Men film, X-Men: Days of Future Past. James McAvoy, who plays a young Professor Xavier, recently spoke about his excitement for the new film.

“It’s great. It’s really good and strong. I think fans will love it,” he told the website i09.com. “I think people who have never seen any of the X-Men films before are going to be really into it. I think it’s satisfying and giving people what they want, while at the same time being challenging and giving them something different, new, and unexpected.”

McKellen and Stewart will begin filming Days of Future Passed soon, which is reportedly set in the 1970s. McAvoy said the fashion will be true to the era. X-Men: Days of Future’s Past is due out in theaters July 18, 2014.