The singer had no idea there was a plot against her until the men were arrested. Today, she testified at their trial and talked about how it’s changed her everyday life. 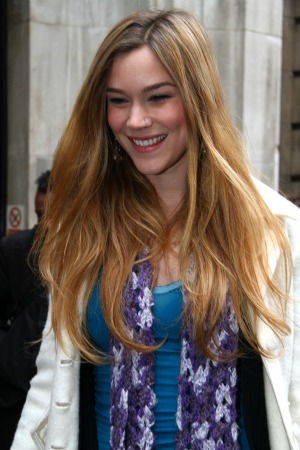 Two men arrested in June 2011 for an alleged murder plot against singer Joss Stone are on trial right now, and the singer herself testified.

“Apart from [police] coming around to say someone is trying to kill me, it was a really nice day,” Stone told the Exeter Crown Court.

Junior Bradshaw, 32, and Kevin Liverpool, 35, were arrested near Stone’s home for what police called a conspiracy to “murder, rob and cause grievous bodily harm,” according to the BBC.

When the men were arrested, police found weapons in their car, including a samurai sword, a knife and hammer. The other evidence found by police showed the men meant to cause Stone a lot of harm, and the details get more gruesome.

“Notes suggesting they intended to decapitate the pop star before dumping her body in a river were also found, prosecutors said,” the BBC said.

Stone testified that she has lived in the same town for 20 years, and she doesn’t always set her alarm, or even lock her front door.

“I’ve lived in Devon for a long time and nobody really shuts their door,” she said, but added that she does both those things now.

The men’s motive was an interesting one. According to prosecutors, notes found in their car said they targeted Stone because she had connections with the British Royal Family. She told the court she had “sung for them a couple of times,” including the Concert for Diana at Wembley Stadium in 2007.

Which celebs are on the royal wedding guest list? >>

“After that, there was another charity event for [Prince] Harry,” she said during her testimony. “I guess they just invited me because they thought it was nice to invite me.”

The men had apparently studied videos of Stone’s home from when she appeared on MTV’s Cribs. According to the BBC, the trial will last up to three weeks.