Selena Gomez is taking the upperhand in her breakup from Justin Bieber and bragging about making him cry! 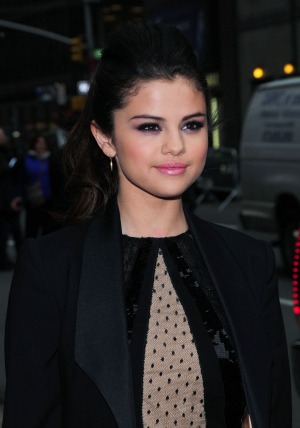 It’s rare that we gain true insight into celebrity breakups, but Selena Gomez gave us a pretty hilarious image of her breakup from Justin Bieber during an appearance with David Letterman on Monday night. According to the Spring Breakers star, Bieber is a crybaby!

The Late Show host asked Gomez about her breakup with the teen idol, saying, “Last time you were here, you were with a Justin Bieber. That’s not going on now.”

“Well then, that makes two of us,” Gomez quipped.

“She loves this kind of vibe,” Gomez told E! News at the Spring Breakers premiere. “She’s super into indie movies and indie directors… I think it was more of her pushing me and being like you should go for it.”