Nick Jonas isn’t a kid anymore. The 20-year-old has been cast in a very adult role. The actor will star in the upcoming film, Careful What You Wish For. Jonas will be one part of a heated love triangle. 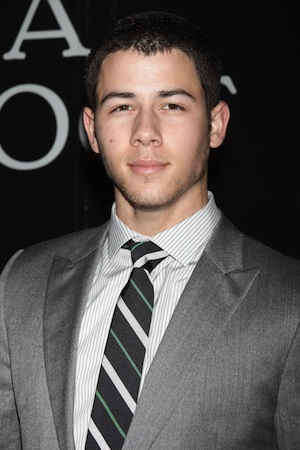 Nick Jonas is branching out into the film world. The singer and actor has landed the lead in a thriller called Careful What You Wish For. That’s an intimidating title, right? Monday, Hyde Park-Image Nation and Troika Pictures confirmed the news.

Jonas will star opposite Australian actress Isabel Lucas (Transformers: Revenge of the Fallen). According to the press release, this will be Jonas’ first lead in a feature film.

Fans will see the former child star like they’ve never seen him before. Careful What You Wish For is reminiscent of Basic Instinct and Body Heat.

Those are two sultry thrillers that were known for their X-rated sex scenes. In this film, Jonas will play an adulterer. His character “Doug gets more than he bargained for when he starts having an affair with Lena (Lucas), the young wife of an investment banker renting the lake house next door for the summer. The husband’s suspicious death reveals a substantial life insurance policy.”

Nick Jonas talks How to Succeed on Broadway >>

Supporting roles such as Sheriff “Big Jack” and Insurance Investigator “Alvarez” have yet to be cast. Careful What You Wish For will be directed by Elizabeth Allen (The Vampire Diaries, Aquamarine) and was written by Chris Frisina and Gregg Hurwitz.

Over the past year, Jonas has stretched his acting muscles on TV and the stage. It makes sense that he’s finally making the leap to film ( Jonas Brothers: The 3D Concert Experience doesn’t count).

Are you ready to see Nick in such an edgy, sexy role?