The star revisits her Knocked Up character five years later. 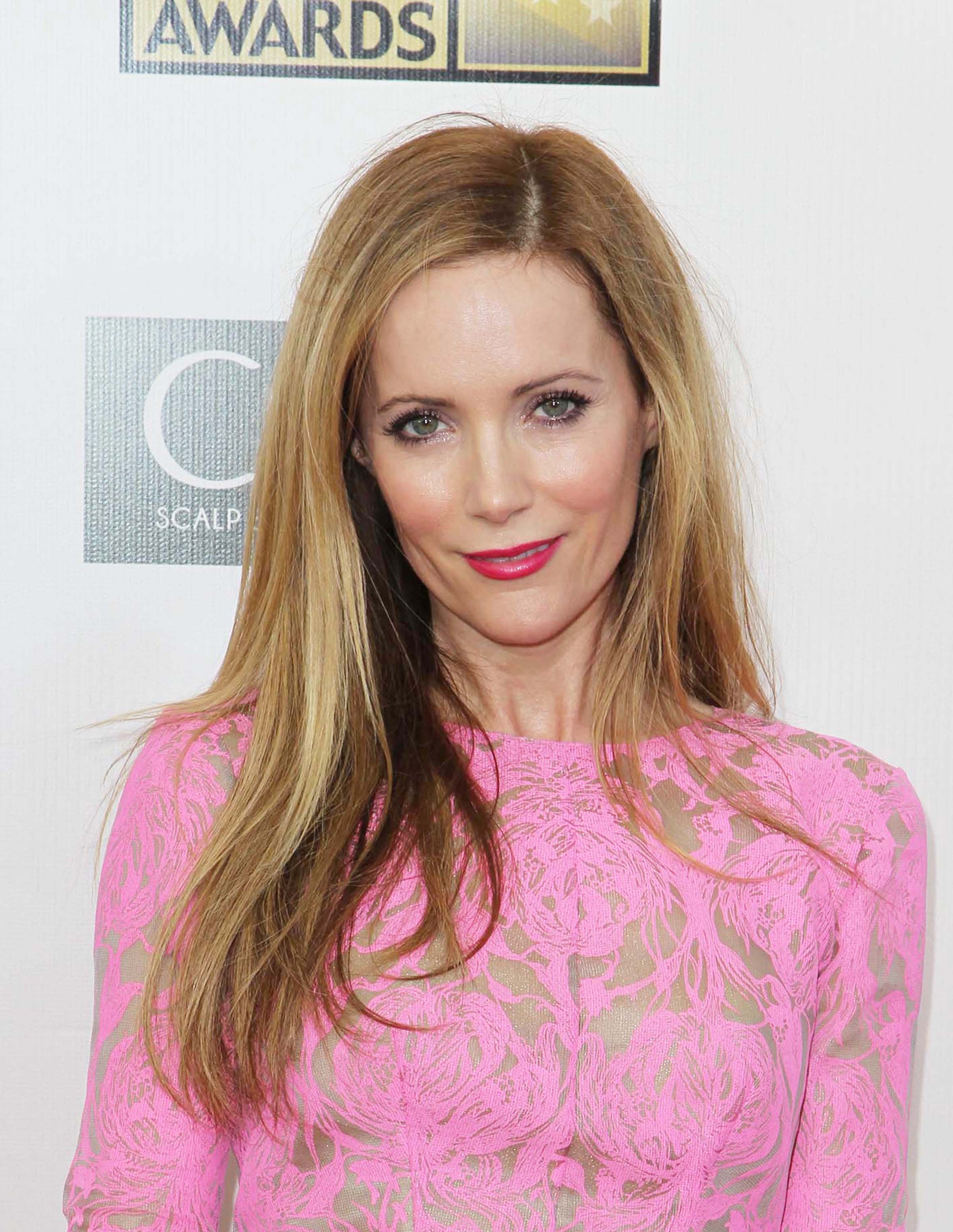 If you missed This is 40 in theaters or want to re-watch the Judd Apatow comedy — you’re in luck!

The hilarious yet poignant look at married life after the age of 40 is set for home video release.

This film stars Leslie Mann and Paul Rudd as Debbie and Pete, a couple struggling to keep the relationship fresh while raising two daughters, dealing with financial pressure and running a household.

Audiences were first introduced to the pair in the hit Knocked Up. Like The 40-Year-Old Virgin, the 2007 film featured a scene-stealing performance from Mann, who has been married to Apatow since 1997.

SheKnows had the chance to chat with Mann about balancing comedy and drama, revisiting a past character and why she’d love to share the screen with Melissa McCarthy again.

SheKnows: Judd has said that you are one of the few actresses he knows that can play drama and comedy at the same time. How do you feel that you’re able to do that?

Leslie Mann: Well, that’s nice to know. I’m not sure if that’s true but it’s sweet. I think it’s a combination of just playing the truth of the scene and being aware that I’m in a comedy at the same time. That’s what’s challenging and fun for me is playing multiple things at the same time because it seems like people act like that in real life. There’s never a clear decided on emotion. Usually, you’re feeling sad and then you’re able to talk yourself out of it or you can be feeling a little happier and then… it’s a little all over the place.

SK: Was it difficult to dust off a character that you played years ago?

LM: No. Judd and I were talking about the movie for a couple of years before we started shooting. I was able to get reacquainted during that time and help create a whole new side and a fuller more developed character. In Knocked Up, we just got a little glimpse of Debbie and Pete’s lives and in [This is 40] there’s a fuller picture.

SK: There’s a great montage in This is 40 where Debbie and Pete (Rudd) get a weekend away from the kids and they indulge in illegal substances and baked goods. How much of that was improvised?

LM: Here’s how it works. Judd re-writes as the camera is rolling, so it’s not really improvised. If we go off script, it’s mainly him throwing out ideas as we’re rolling. It’s not like the actors are coming in with all these crazy ideas that they’re going to try. I think when people do that, it doesn’t wind up making any sense but Judd is really good at writing as we’re going. We’re just repeating back what he is saying for the most part. Even with the Melissa McCarthy stuff at the end of the movie, a lot of that was Judd throwing ideas at her and a lot of it is just her being a genius. That’s why it works in his movies when things are “improvised”. It doesn’t really work with other people who are comedy writers because you can’t go in and just improvise a bunch of s**t, it wouldn’t wind up making sense in a scene.

SK: It’s kind of a bummer that you only share a few scenes with Melissa. What are the chances of the two of you headlining a film?

LM: I would love, love, love to work with her again. She’s amazing and she’s one of those people who instantly puts you at ease and makes you feel comfortable. She’s such a nice person on top of being really talented.

SK: Were there any scenes that you fought to make sure were included in the movie?

LM: Yeah. There’s a scene where I have one boob out. I pushed for that. I pushed for a lot of things. I felt like in that scene, where I’m trying to get (Pete) to pay attention to me, I felt like it was important to be as vulnerable as possible. I think it works nicely. That wasn’t Judd telling me that I should be topless.

SK: Would you say that turning 40 isn’t as big a deal for women as it once was?

LM: For sure. It feels for me — and from what I’ve heard from my girlfriends — that things are just beginning. [Right now] just feels like the better time. I feel better overall.

This is 40 is available on Blu-ray combo pack with unrated version, DVD, digital copy and UltraViolet on March 22.

Mann will soon be seen in the Sofia Coppola-directed crime drama The Bling Ring. Next year, she’ll lend her voice to the animated Rio 2 and Mr. Peabody & Sherman.