Rihanna fans will get an inside look at the singer’s tour with behind-the-scenes footage of her seven cities in seven days promotional tour. Fox will air the RIHANNA 777 special on May 6. 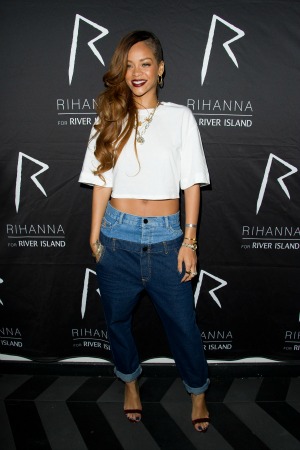 Rihanna fans have an official date for a television special that has been in the works for a while. Mark your calendars for May 6 when RIHANNA 777 will take flight on the Fox network.

The show will follow the music superstar on her 2012 world tour where she brought along 250 journalists and fans on seven stops in seven days to promote her seventh album, Unapologetic, last November. This promotional tour made a lot of headlines because of transportation delays for the journalists and Rihanna being a no-show at planned events for the promotion.

While she offered a half-hearted apology to the group, it will be interesting to see how much of the chaos makes the final edit in the television special. Fox definitely alluded to it in the official statement.

They said that the show “provides an inside look at the singer’s ambitious and often turbulent tour, from the sound of popping champagne corks on the plane to the backstage chaos to the singer’s special worldwide appearances.”

Rihanna will wear Givenchy on tour >>

Those appearances took the “Diamonds” singer to Mexico City, Toronto, Stockholm, Paris, Berlin, London and New York City. Her tour has continued in the U.S. in 2013, but she’s been suffering from laryngitis as of late.

Her bout with illness cost her the cancellation of her shows in Boston and Baltimore last week. The concerts will be rescheduled at a later date, but Rihanna was back onstage last Friday at the Philadelphia tour date.