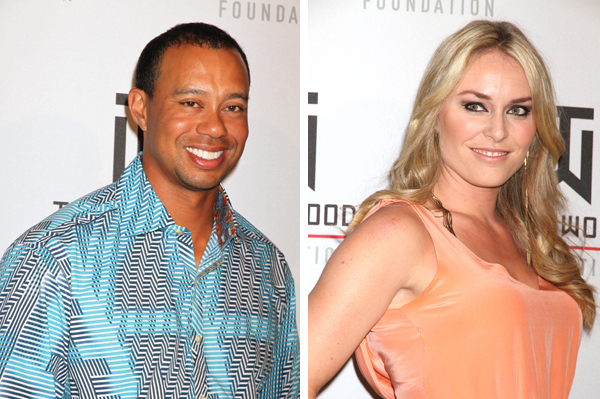 “I guess it wasn’t a well-kept secret but yes, I am dating Tiger Woods. Our relationship evolved from a friendship into something more over these past few months and it has made me very happy,” the injured skier, 28, wrote in a Facebook post. She also added a professional photo of them together.

“I don’t plan on addressing this further as I would like to keep that part of my life between us, my family and close friends.”

“Something nice that’s happened off the course was meeting Lindsey Vonn. Lindsey and I have been friends for some time, but over the last few months we have become very close and are now dating,” he wrote.

“We thank you for your support and for respecting our privacy. We want to continue our relationship, privately, as an ordinary couple and continue to compete as athletes.”

Whispers of a union between the two athletes started earlier this year after Woods sent a private jet to fly Vonn back to the United States after she injured her knee in an Austrian competition.

“They’ve been seeing each other for the past 9 months or so regularly,” a source told Us Weekly in February.

The union is Woods’ first serious relationship since he split with wife Elin Nordegren after his 2009 cheating scandal. Vonn also split with her husband, Thomas Vonn, in 2012.

They aren’t the only ones moving on, though: Nordegren is reportedly dating her Florida neighbor, coal billionaire Chris Cline.