Actor Tom Sizemore was the victim of an attack, but his troubled past suggests that he may have invited it. 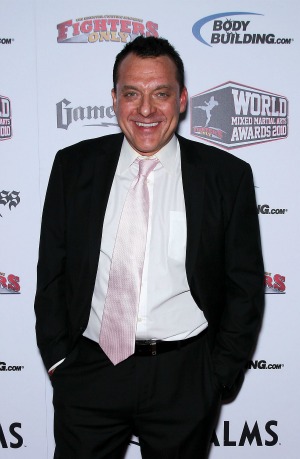 It looks like Tom Sizemore has found himself at the opposite side of the law he is used to, because this time he’s the victim. According to the Los Angeles Times, a man was arrested for allegedly assaulting the actor after breaking into his downtown Los Angeles apartment.

Police said the man reportedly showed up because Sizemore has been dating his girlfriend.

“The man, who was not immediately identified, pretended he had a gun and threatened the woman and the actor, whom he allegedly put in a headlock in a bathroom before taking off with guitars and other property, according to police,” said the Los Angeles Times.

Police found the man right away, and recovered all of Sizemore’s property. The 51-year-old actor has had trouble with the law (and his life) in the past. He was convicted in 2003 of physical abuse and harassment of his ex-girlfriend Heidi Fleiss, the former “Hollywood Madam.”

Jenelle Evans checks out of rehab despite alleged heroin use >>

Sizemore has also had numerous problems with drugs. In February 2005, he attempted to defeat a court-ordered urine test and was ordered into a two-year drug rehab program. Then in 2007, he was arrested on charges of meth possession and sentenced to 16 months in prison.

The actor appeared on Celebrity Rehab with Dr. Drew during the 2010-2011 season, along with troubled country singer Mindy McCready. The singer recently killed herself after not being able to manage her demons.

Sizemore is still considered a talented actor, though. He has appeared in hundreds of films since the late 1980s, including Pearl Harbor, Saving Private Ryan and Natural Born Killers.

While he is considered the victim in this case, it shows his life has not quite turned around, even though he continues to get roles. He currently has at least 11 projects in the works, all due out within the next few years. He’s a talented actor who can’t quite get his life on track.