Gwyneth Paltrow has the perfect family: A rock star husband and two darling kids. But there were almost three little towheads in the Paltrow-Martin household — until tragedy hit. 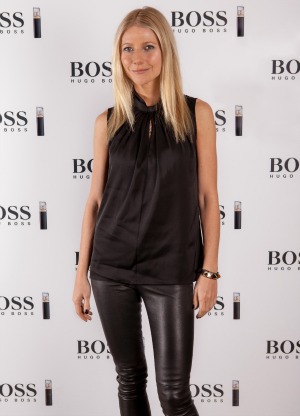 It’s the question asked of every mom: Are you going to have another baby? Gwyneth Paltrow gets it all the time, but her answer is sadly not so simple.

In an interview with The Mail on Sunday’s You magazine, the Iron Man actress revealed that she often thinks of having another baby, but her last attempt ended in a devastating miscarriage that nearly killed her.

“My children ask me to have a baby all the time,” she told the mag. “And you never know, I could squeeze one more in. I am missing my third. I’m thinking about it.”

“But I had a really bad experience when I was pregnant with my third. It didn’t work out and I nearly died. So I am like, ‘Are we good here or should we go back and try again?'”

Having a third child seems to be something Gwynnie waffles on, since last August she told the mag she didn’t relish the idea of a return to poopie diapers.

“I would love to [have another baby], but I don’t know if I can go back to diapers and things like that,” she said.

Gwyneth Paltrow: I felt like a zombie after my son’s birth >>

“I’m so past that, I think I may have missed the window. I think maybe when Moses was three I would have done it,” she explained, “but now he’s six and such a guy I feel like I’m out of the baby phase. If it happens, it happens.”

The 40-year-old actress, GOOP-ster and cookbook maven is married to Coldplay frontman Chris Martin, and has in the past said that no matter what happens in their marriage, she takes comfort in the fact that he is an exceptional father.

“Regardless of what happens in our marriage, I chose the best father,” she told InStyle.

“[Chris] is so good to the children and to know that you had kids with such a good man is a real weight off you. We are committed co-parents, we make all the decisions together and lean on each other for support.”

Tell us: Should Gwyneth Paltrow risk her health for another baby?