Not enough murder in your life? Bates Motel has got you covered. 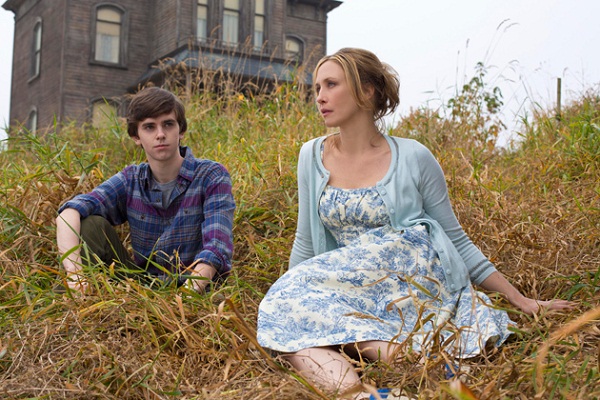 Bates Motel marks the return of one of cinema’s most creepy characters, Norman Bates. When Hitchcock put Psycho out into the world, we have to believe he knew what he was doing. He must have known that someday the movie, the characters and that final plot twist would cause many people to wonder, “What went wrong with that family?” Whether he planned for Psycho to become an obsession or whether it was pure luck, it happened nonetheless.

Now, with the help of A& and executive producers Carlton Cuse (Lost) and Kerry Ehrin (Friday Night Lights), Psycho fans (and everyone else) will finally learn where it all began. When and why did they buy the motel? How did Norman (Freddie Highmore) become a serial killer? Just what was his relationship with his mother like? Bates Motel lets views into their sick, twisted world so you can find those answers.

What comes from that experience is downright creepy.

The boy behind the new Bates >>

The first episode shows and teases at plenty of drama to come. When the scene opens with Norman’s father dead and on the floor, you’re left to wonder what exactly happened to him. Later, when they end up at the hotel and Norman is forced into a new school, we find out he and his mother, Norma (Vera Farmiga), have moved five times. During their first days at Bates Motel, there will be a run-in with the previous owner, a meeting with the cops, a rape, a pretty girl at a fun party, a notebook full of sketches of a bound-up girl (whom we later see in person, but only for a brief moment) and, of course, a murder.

Who’s the girl? Will anyone ever find out about the murder? Why is Norma so controlling? And where exactly is Norman’s brother, Dylan?

By the end of the episode, you’ll be dying for answers.