On this episode of Once Upon a Time called “Welcome to Storybrooke,” we find out what it was like for Regina right after the curse and why vengeance isn’t all that it’s cracked up to be. 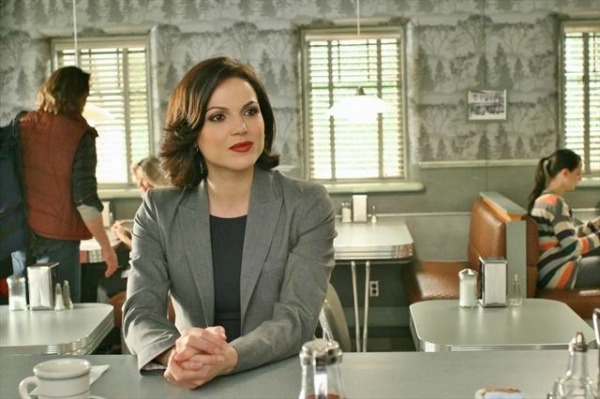 The episode starts out just before Storybrooke ever existed, and we find a boy and his dad out camping in the woods. They are shocked to see a town where no one had been before, but probably not nearly as shocked as Regina (Lana Parrilla) is when they come wandering in to check it out. She is of course immediately suspicious of them and tells her trusty sheriff (how great was it to see him again?) that she doesn’t trust them.

Meanwhile, present-time Regina is grieving over her mother and wants to kill Mary Margaret (Ginnifer Goodwin), who has taken to her bed with a severe case of depression. Gold (Robert Carlyle) thinks he can just warn them of the fact that Regina is coming for Mary Margaret but is reminded that they are his family now too, plus he owes Mary Margaret a debt for his life. He repays it by helping them discover what Regina’s current evil plan is: Curse Henry with a spell to make him think he loves her so that she can kill Mary Margaret and get all that she wanted.

Back in past-Storybrooke, Regina is discovering that having a town full of people who do her bidding and don’t fight back is very boring. Suddenly she finds herself a lot more interested in the town’s strangers, and after a dinner with the father and son, decides that she wants little Owen for her very own. That goes as well as you think it would and ends with the dad in custody and Owen stuck on the outside of Storybrooke’s invisible barrier.

Cut to the present again, where Henry has decided to rid the town of magic as a solution but is stopped by Regina. She still wants to kill Mary Margaret, but when he begs her to not curse him, she agrees and goes back home. There, Mary Margaret confronts her and asks to be killed so that they can end it all. Instead, Regina pulls out Mary Margaret’s heart and shows her the dark spot inside. It’s then that Regina realizes that she is already getting her revenge — because Mary Margaret is destroying herself. The irony is that although Regina was warned about the price of vengeance, it appears that Mary Margaret is the one suffering for her own attempt to get revenge on Regina.

Finally, we find out why the mysterious accident victim Greg has been wandering around town and snooping. It seems he was that little boy who Regina tried to kidnap and he’s there looking for his dad.

Once Upon a Time: Emma in a bad-boy love triangle? >>

“It’s like someone dropped a town right on top of us.” — Oh how right you are, strange man.

Being so very happy to see the sheriff again.

“When I put over-easy on the menu, I was talking about the eggs.” — Ooh! Nice one, Granny.

“You want vengeance? Henry is the price you will pay.”

Regina promising that she will find a way to have everything. Whoa. 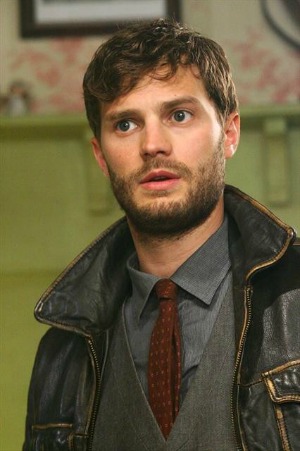 Regina realizing that it wasn’t nearly as fun to watch everyone go through nearly the same routine every day.

Regina getting fooled by Gold into thinking he didn’t know about their deal. So clever.

Wondering what Regina was up to when she invited Owen and Kurt over to dinner.

“What good’s a new life if you don’t have anyone to share it with?”

Henry seeing straight through his dad’s attempt at a bribe.

The crazy car chase through Storybrooke.

Henry echoing little Owen’s words when he said he didn’t want to be happy like that.

Regina burning the curse. Whoa. I was not expecting that.

Wait. Could Greg be the grownup version of little Owen?

“You tell yourself you did the right thing. And if you say it often enough, one day you might actually believe it.”

“Once you blacken your heart, it only grows darker. Trust me, I know.”

What did you think of this episode of Once Upon a Time? Will Mary Margaret’s heart continue to grow dark as Regina said? Do you think that Greg will find his father?