Andrea finally realizes who The Governor is and what he’s capable of, but can she really kill him this time? 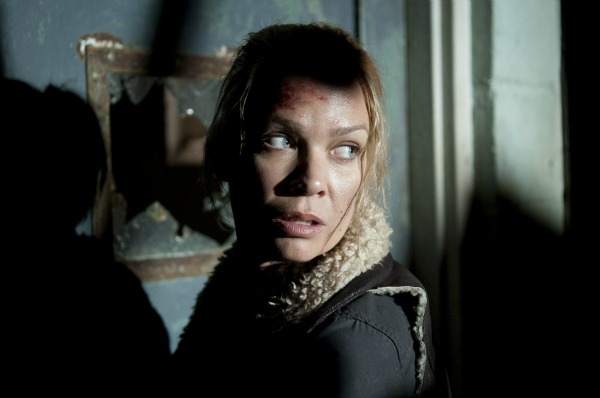 Check out the preview videos below from The Walking Dead episode “Prey” and find out what happens when Andrea (Laurie Holden) discovers The Governor’s (David Morrissey) true intentions.

In the preview video for the episode, we see that things are really starting to come to a head between Rick’s (Andrew Lincoln) prison crew and The Governor’s group. Miracle of miracles, it appears that Andrea has finally realized that The Governor isn’t the man she thought he was, and maybe, just maybe, she’ll actually kill him this time. It looks like Milton (Dallas Roberts) is on her side too, which could be helpful, but it’s unclear whether Tyreese (Chad L. Coleman) and his people are going to help or hinder the process. Plus, there’s a trailer full of zombies in there, which I doubt spells good news for Rick and his group.

The Walking Dead recap: Rick and The Governor face off >>

In the first of two sneak-peek videos for the episode, we find Tyreese and Sasha taking part in target practice on some wayward walkers. Looks like Tyreese’s time out in the wilds killing zombies with machetes didn’t give him much experience with guns. Sasha has no problem giggling at his ineptitude at first, but in the end, it does look like he’s learning. I wonder if he’ll end up using his new prowess on humans if Rick and his group attack?

In the second sneak-peek video, we find Andrea and Milton slipping into what we can only assume is a secret place being kept by The Governor. What they find there looks like something out of a sick slasher movie: what appears to be a dentist’s chair (complete with handcuffs), plus various and assorted instruments of torture. Milton has brought Andrea there to prove to her just what The Governor has in mind for her friends at the prison, and though he encourages her to leave and warn them, the sight of The Governor’s depravity strengthens her resolve to kill him.

The Walking Dead recap: Morgan’s back! >>

From what we’ve seen, it certainly looks like this is going to be yet another intense episode of this show.

What do you think after watching the previews? Whom is the chair of torture is for, Michonne or maybe even Rick? Will Andrea finally kill The Governor?