Will Christian Bale put his scruffy beard to good use? The British actor has his eye on Ridley Scott’s Exodus. It’s the latest film to tackle the biblical tale of Moses. 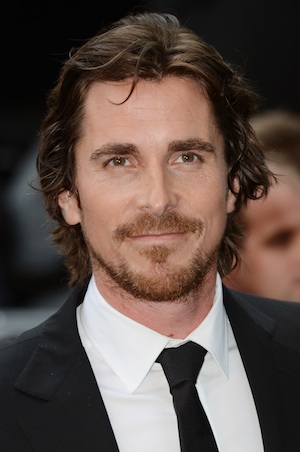 How do you top an Oscar-winning performance in The Fighter and a final bow as the Dark Knight? You reach to the heavens, which is exactly what Christian Bale is said to be doing. The actor is rumored to star in Ridley Scott‘s new biblical drama.

According to Deadline, Bale is eyeing the role of Moses in Exodus. Scott and 20th Century Fox are in the early stages of negotiations with Bale as their top choice. The script was originally written by Adam Cooper and Bill Collage, but Steve Zaillian has come on board for rewrites.

We’re not sure how much of Moses’ story the film will cover. 1956’s The Ten Commandments did a pretty good job of illustrating his eventful life.

In the film, the late Charlton Heston played Moses. He was born a slave, became an Egyptian prince and eventually delivered his people from bondage.

Scott plans to hop on the Exodus train as soon as he wraps up his current film. Meanwhile, Bale is working on David O. Russell’s drama, The Counselor, alongside Bradley Cooper, Jennifer Lawrence, Amy Adams, Jeremy Renner and Louis C.K.

Exodus is just one of two Moses movies in development. The other, from Warner Bros., it’s called Gods and Kings. Steven Spielberg was set to direct but has since dropped out. Now the studio’s looking at Life of Pi’s Ang Lee to take the reins.

Do you think Bale would make a good Moses?

27 mins ago
by Louisa Ballhaus