From fairy-tale land to Storybrooke: Find out what happened in the days immediately following the curse. 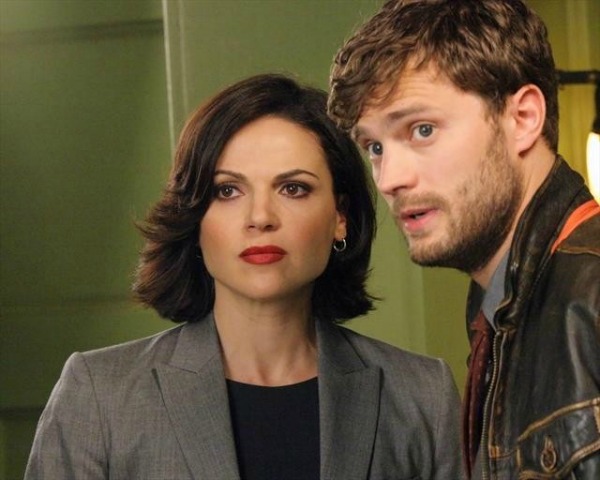 Here is the official synopsis of the episode from ABC:

“Emma, David and Mr. Gold must protect Mary Margaret against Regina, who is out for revenge and has made it her mission to kill Mary; and Henry, fed up with all of the feuding, devises a plan to put an end to magic. Meanwhile, Regina discovers that a father and son have somehow found their way into her allegedly undetectable town as she and the fairytale characters deal with the effects of the newly cast curse 28 years prior.”

From that, we can see that a lot will be going on in this episode. Now let’s take a look at some sneak-peek clips.

In the first sneak-peek video, we find Regina crying over her mother’s grave when Mr. Gold comes in to pay his respects to the fallen queen. He claims that though they had their differences, she will always have a place in his heart, though he doesn’t deny it when Regina accuses him of killing Cora to save himself. Regina promises Gold that though she may not be able to get to him, thanks to his dagger, she is going to make sure that Mary Margaret dies for her part in Cora’s death.

In the second sneak-peek video, we go back in time and see Mary Margaret teaching school when Regina comes in and takes her away. This is obviously very soon after they were all deposited in Storybrooke after the curse, because Regina seems intent on proving that it worked. Sure enough, our resident evil queen looks quite happy to discover that Snow White doesn’t remember a life before teaching school or her husband Prince Charming.

ABC planning a crazy Once Upon a Time spinoff >>

In the third sneak-peek video, Gold has arrived at Mary Margaret’s door and finds the whole family gathered around as she lies depressed in her bed. David and Emma tell him to get out immediately, but he warns them first that Regina is plotting her revenge. When he can’t provide details on what exactly Regina will do to Mary Margaret, David demands that he help them because, not only are they all family now, but Mary Margaret also saved Gold’s life and he owes her a debt.

I don’t know about you guys, but just seeing these short clips has got me very excited about this episode. I am dying to see what it was like for all of the characters when they were first cursed and landed in Storybrooke.

Once Upon a Time clip: Death comes knocking >>

Which character’s story are you looking forward to seeing the most in tonight’s episode? How do you think Gold will help Mary Margaret now that he owes her for his life?