Hooking up with Emma wasn’t enough to get Carroll to forget his wife, Claire. His rampage to find her will continue with more killings, as someone is murdering women named Claire. 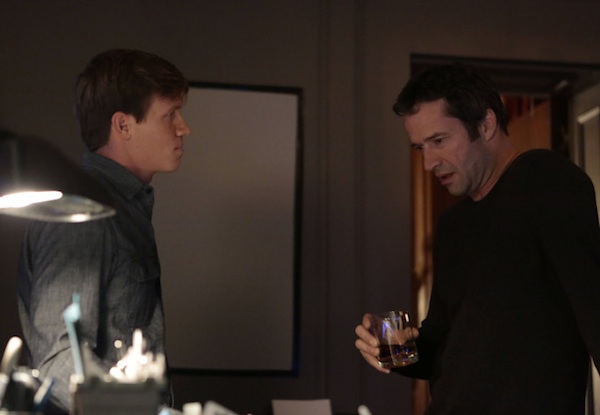 Poor serial killer Emma (Valorie Curry) is in for a world of disappointment.

On last week’s episode, she finally got what she’d always wanted: Joe Carroll (James Purefoy). And she let those girlish fantasies play out, expecting them to become reality now that she’d slept with him.

Instead, on this week’s episode, “Love Hurts,” Carroll instensifies his search for his wife, Claire, and puts a stop to anymore “indiscretions” between him and Emma. Who knows what the little murderess will do now? She’s visibly hurt by Carroll’s rejection. Perhaps her feelings will intensify until she turns on him. You know what they say: Fool me once… And Emma is a smart girl despite her fascination with death.

Missed a few episodes of The Following? Catch up with the recaps >>

Over at the FBI, Mike Weston (Shawn Ashmore) is still healing from his stab wound, and Ryan Hardy (Kevin Bacon) is still obsessed with tracking Carroll and finding Joey.

Carroll calls Hardy and tells him he is willing to go to drastic lengths to find Claire. His first move: Send one of his followers out to kill women named Claire. By the looks of the promo, the follower is a girl who seems a little more than insane. Not that that’s unusual for Carroll’s followers. But, she says ominously, “Tell Ryan Hardy that love hurts,” before seemingly causing havoc at a restaurant.

Judging by the show so far, I bet Carroll will have his moment to face his wife. She definitely won’t stay hidden forever. It’s only a matter of when.

Fox also tells us that followers from the past will make a shocking return in the upcoming episode. Who could it be? My guess is that Jacob and Paul are alive.

“Love Hurts” will air this Monday night on Fox.