Is the royal baby name a thing of mystery no more? Rumor has it Kate Middleton and Prince William have decided what their child is to be called, and their multiple selections are full of tribute. 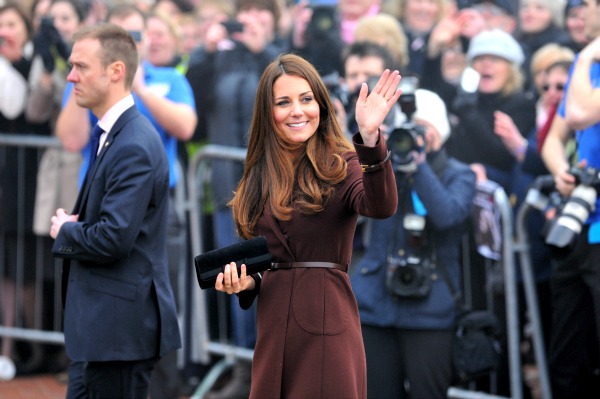 If gossip sources are to be believed, the royal baby name has been revealed! Could Kate Middleton and Prince William be naming their daughter Elizabeth Diana Carole Mountbatten-Windsor, as the U.K. National Inquisitor reports?

Claiming to have inside knowledge of the royal baby name, despite no official statement having been made, the newspaper’s website reports the moniker is meant to pay tribute to a trio of women the parents-to-be hold in high regard.

Hollywood Life also notes that Carol is the Latin variation of Charles, so William’s father (that’s Grandpa Prince Charles — even if he’s not entirely ready for the title) gets some respect as well. Additionally, Kate’s mother’s middle name is also Elizabeth.

However, many other outlets are reporting no decision has been made yet on the royal baby’s name.

“Nobody knows what William and Kate are calling their baby or even if they have decided on a name,” a royal source told E! News. “They are being very careful to keep everything to themselves. The duke and duchess are taking their privacy very seriously. They are not speaking to anyone about these private matters.”

Adding credibility to the argument that the baby’s name is still a secret, it’s notable that although a gender reveal is said to have occurred, no official confirmation has been made. Meanwhile, the duchess was forthcoming about her pregnancy and due date when rumors kicked up.

What does your gut say about the supposed royal baby name reveal?