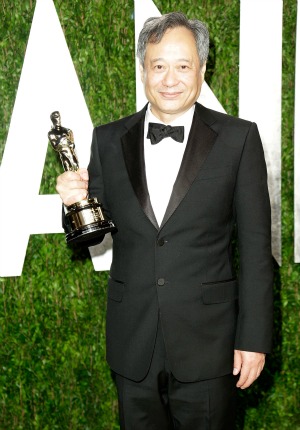 After winning an Oscar, all eyes in the entertainment industry are on the winner to see what their next move will be. For Ang Lee, who won Best Director for Life of Pi last month, it’s a move to television.

According to the Hollywood Reporter, Lee is slated to direct the pilot for FX’s Tyrant in Morocco. Not only was he a surprise winner at the Academy Awards, but this is also a surprising choice for the director. This will be his first time working on a series in television.

The show is a drama about an American family that gets caught up in the tumultuous day-to-day life of a nation in the Middle East. He was offered the project before the Oscars, but he didn’t give an answer until after awards season was over.

Producers Howard Gordon and Gideon Raff, of Homeland, and Craig Wright of Lost had put Lee on their wish list, but they never dreamed he would actually say “yes.” Raff wrote the pilot and Wright is expected to serve as the series’ showrunner if the show is picked up for a full season.

In a statement on Thursday, FX Networks president John Landgraf said, “Ang Lee has demonstrated time and again an ability to present characters with such depth and specificity that they reveal the universal human condition. No one could be a more perfect filmmaker to bring Howard Gordon, Gideon Raff and Craig Wright’s Tyrant to indelible life.”

The network is particularly excited by this news since they originally passed on Homeland, which has gone on to critical acclaim and swept the television awards season this past year. FX won the bidding war after three networks were chasing this hot property.

Bert Salke, president of Fox 21, the joint producing partner with FX Productions, shared his excitement. “The fact that the brilliant Ang Lee has signed on to direct his first project for television speaks to the extraordinary nature of Tyrant. Ang Lee, Gideon Raff, Craig Wright and Howard Gordon are master storytellers at the height of their powers, and the material is incredible.”

The cast has not been announced yet, but it’s expected that Lee will remain with the series as an executive producer if the show receives a full pickup order.

The director’s bold move to television proves that some of the most creative and daring work is being done on the small screen these days. As a three-time Oscar winner, Lee is confirming it’s the place to be.