Charlie Day and Jason Sudeikis will appear in One Night on the Hudson. 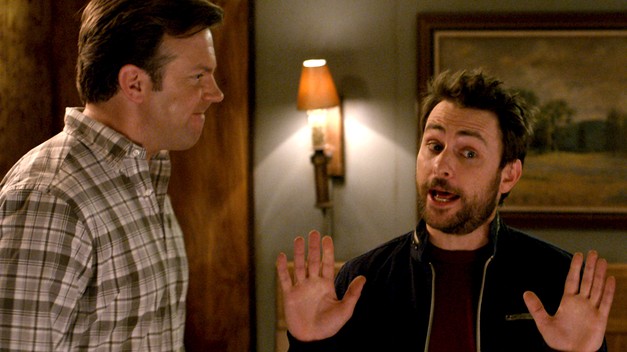 Two out of three Horrible Bosses cast members are teaming up for an on-screen reunion!

Deadline reports that Charlie Day and Jason Sudeikis are slated to star in the comedy One Night on the Hudson.

The film revolves around a cop and the criminal he arrests as they seek to bring crooked cops to justice.

Horrible Bosses actors let it all hang out >>

Seth Gordon, who directed the pair in the 2011 hit Horrible Bosses, has been tapped to helm the project. His last film, Identity Thief, has proved to be one of the biggest hits of the year so far.

Day and Sudeikis can currently be seen on the small screen in It’s Always Sunny in Philadelphia and Saturday Night Live.

Sudeikis is scheduled to appear in a string of films this year, including the romance Tumbledown, the animated film Epic and We’re the Millers, opposite Jennifer Aniston.

The actor will also appear alongside fiancée Olivia Wilde in the comedy Relanxious.

Olivia Wilde gushes over Jason Sudeikis: “So cool, so funny” >>

Day will soon be seen in the action flick Pacific Rim, which should prove to be an exciting departure from his previous work.

In addition to One Night on the Hudson, the pair will also co-star in the forthcoming sequel to Horrible Bosses.

It’s no surprise that a follow-up to the film is being developed. The original grossed $209 million worldwide.