Stefan and Damon disagree on how to handle emotionless Elena while the hunt for the cure heats up. 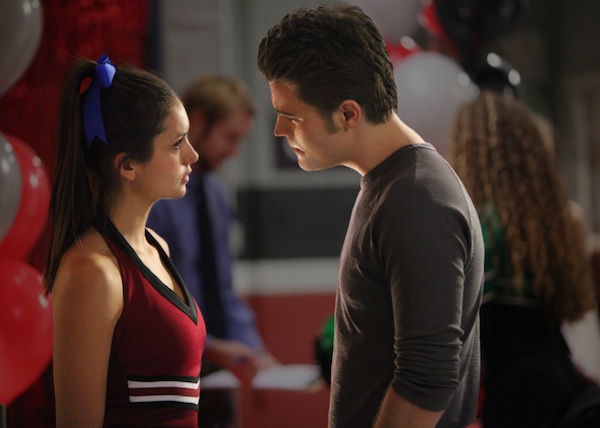 This week’s episode of The Vampire Diaries pitted the Salvatore brothers against one another yet again.

With Elena (Nina Dobrev) on an emotionless rampage, Stefan (Paul Wesley) wants to make sure she stays under control and doesn’t do anything she’ll regret. Damon (Ian Somerhalder), on the other hand, thinks turning off emotions is one of the perks of being a vampire. He calls it “vampire Prozac,” and thinks they should let her have fun.

But Elena’s definition of fun has changed drastically now, and she’s fine killing anyone who gets in her way.

Elena joins the cheerleading squad so she can have easy feeding access to the hordes of vervain-free teens that are crowding the town. Stefan only discovers Elena’s ploy after she feeds on a cheerleader and drops Caroline on her head during a routine stunt.

Even Stefan’s attempts to dose Elena with vervain don’t stop her. She holds a party at the Salvatore house. Just when Caroline and Stefan let their guards down and start to enjoy themselves, Elena runs from the house.

When Caroline tracks her down, Elena nearly kills her best friend. Stefan and Damon stop her just in time.

Meanwhile, werewolf Hayley is back, and Klaus is after the information she has on Katherine.

Hayley (Phoebe Tonkin) is attacked by one of Katherine’s vampires. Before the vampire can do anything to Hayley, Klaus saves her and bites the vampire. The vampire escapes, but Klaus tells her not to worry. With a werewolf bite, he’ll be dead within a matter of days.

Klaus takes Hayley back to his place to interrogate her for information regarding Katherine’s whereabouts. The two exchange coy remarks amid all kinds of sexual tension. In the end, Hayley only reveals that Katherine has followers who are willing to do anything for her. Klaus tells Hayley she can leave, but she doesn’t, and the two hook up.

Talk about a love square.

If you remember: Tyler and Caroline are dating, but Tyler is now on the run because Klaus wants to kill him. Caroline calls him constantly but never hears back from him. Klaus loves Caroline, but Caroline hates him. (Even though she also kind of gets him.) And Hayley loves Tyler, but knows she doesn’t have a shot with him because of Caroline.

Now that Klaus and Hayley have hooked up, who knows where the show will take these characters and their relationships. As if that doesn’t complicate things enough, Caroline receives a letter from Tyler. In the letter, Tyler explains in order to protect Caroline, he can never return to Mystic Falls. 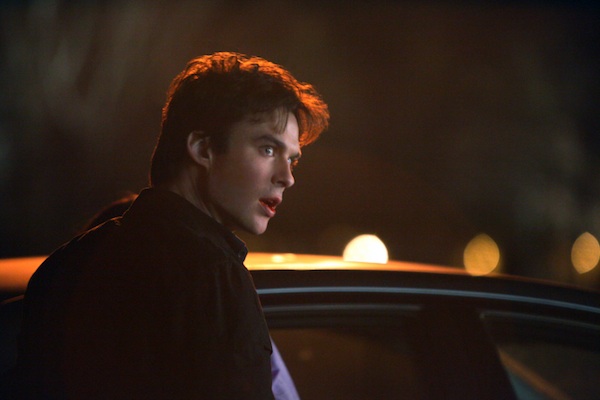 Elena isn’t all that goes missing in the episode.

The sheriff tells Stefan that hospital blood reserves are vanishing.

Damon teams up with Rebekah and the two search for information on Katherine’s location. They track down the vampire Klaus bit, with plans to interrogate him for information. Rebekah has some of Klaus’s blood to save him from dying if he talks. But when Damon sees the vampire, he calls him by the name Will and recognizes him instantly. Then, before Rebekah can ask any questions or make any moves, Damon kills Will.

Later, back at the Salvatore house, Damon is looking through old pictures while keeping an eye on Elena. There is an image of Damon and Will together. Damon has his arm over Will’s shoulders, which ominously tells us there’s a lot more to that story coming soon.

Before we can read too much into Damon’s expression, however, Elena distracts him. She tells him she likes who she is now, and she knows Damon likes her without inhibitions too. Damon doesn’t deny it.

The two run off to New York together, lying to Stefan about their location. Though, I’m not sure if the road trip has anything to do with Damon’s desire to be alone with Elena or if Damon is on the trail to answers about the cure now that he knows his old friend Will was involved.

Just one more note about the episode. Matt is the one to give Caroline the letter from Tyler. She breaks down in tears when she reads that Tyler is never returning. Matt hugs and consoles her, but when we see Matt’s face, it looks like there’s the hint of a smile playing at the corners of his mouth. Not sure what it means, but the moment definitely struck me as odd.

With mounting questions and no answers, The Vampire Diaries is changing all the rules. Again. The only thing we know for sure: No one is safe, and no one can be trusted.