When the gang take Advanced Documentary Filmmaking, they use the class as an opportunity to research Chang’s condition. Is he faking amnesia, or is this the real deal? 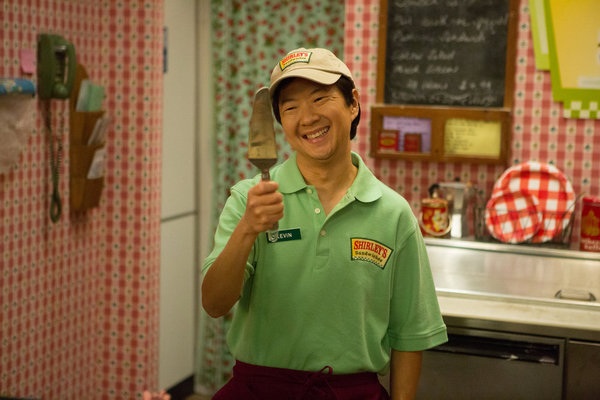 It’s the question on every Community fan’s mind: Is Chang (Ken Jeong) faking his amnesia so the study group will forgive him of all his sins and finally accept him into their clique, or is really suffering from memory loss?

If it is an act, Chang is doing a phenomenal job of convincing everyone. Most of Greendale is on his side. Dean Pelton (Jim Rash) has gone so far as to try to secure a grant in Chang’s name so they can do medical research to understand his condition (which has been dubbed “Changnesia”).

Not surprisingly, Jeff Winger (Joel McHale) thinks the whole thing is a facade, and he’s out to prove it. Jeff can’t let anything go. He’s always trying to play lawyer and convict someone in a public forum. But this time, he may have gone a little too far.

Knowing what an intriguing story this will make, Abed (Daniel Pudi) gets behind the camera for the group’s Advanced Documentary Filmmaking class and records all the shenanigans. He gets everything from personal interviews to embarrassing outtakes to Jeff’s public persecution of Chang.

Jeff’s brilliant plan is to bring in the love of Chang’s life. In front of a group of people, he brings in the surprise guest and dares Chang to admit he remembers her. Apparently, Chang’s been calling her phone number repeatedly, then hanging up, ever since he got back. He claims it was a number he found on a bench that was “the most beautiful number he’d ever seen.”

When Jeff hears the sweet “ahhs” coming from the audience, he makes one last-ditch effort to win his case. He kisses Chang’s ex right in front of him! He probably thought Chang would get up and try to fight him or, more likely, run away and go hide in a vent somewhere. Instead, he didn’t react, and that only proved to the Greendale citizens that his Changnesia is real.

In the end, Jeff acknowledges to the camera that he doesn’t exactly believe Chang, but he doesn’t disbelieve him either. This may be a mystery better left in the hands of scientists and medical professionals. For now, Jeff will embrace the new Chang — mostly because he’s so much better than the old one.