Executive producer Oliver Goldstick offers some insight into Spencer’s sudden switch alliance with Mona and what happens next. 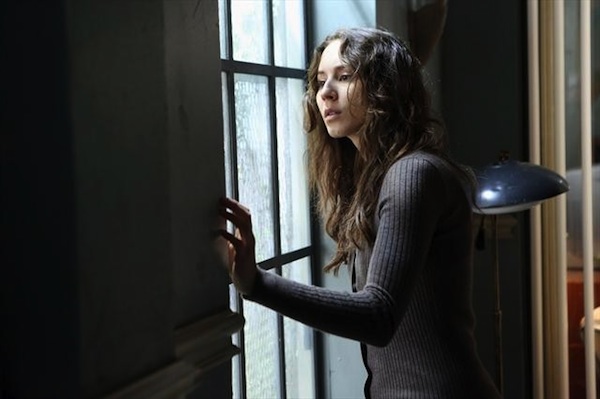 Pretty Little Liars fans were baffled and probably felt betrayed by Spencer Hastings’ (Troian Bellisario) actions in the latest episode. Not only did she seem to join the A-team by pairing up with Mona, but she went as far as kidnapping Malcolm to break up Aria and Ezra!

But were her actions part of a bigger plan? Does she have a devious agenda? Is this part of a well-calculated scheme to outsmart Mona, or has she simply given in to the inevitable? Oh the lingering questions each episode leaves us with!

Is Spencer really the enemy? Check out last episode’s recap! >>

Recently, PLL‘s executive producer, Oliver Goldstick, attempted to offer some insight into the never-ending mystery without giving too much away.

On the topic of Spencer’s sudden switch to the enemy’s side, he offered this response: “You should be asking what is behind that… Is this something she needs to do to reconnect and to find out there’s any chance that Toby could still be alive? If you saw the closer, chances are he’s not.”

Sure, the chances are he’s not. But PLL has certainly found a way to trick us a time or two before. No doubt many of us are still holding out hope — just like Spencer.

And what about the kidnapping? That seems like an extreme first move for Spencer. Could she really turn her back on her friends so drastically and quickly?

Oliver said, “This is the ultimate sacrifice, that’s she’s willing to go undercover and do something dark. That was sort of the idea of kidnapping Malcolm, to prove to Mona that she’s serious.”

Has Spencer finally lost it? >>

We’d all like to believe that Spencer is simply going undercover, but does having a secret agenda justify hurting her friends so deeply? Oliver does promise that we’ll get some answers in the finale.

“I don’t want to give away too much,” Oliver teased, “You’re going to find out more next week.”

Certainly more answers will only lead to more questions. There’s no doubt this show will produce a surprising cliffhanger that will leave us on the edge of our seats until next season!

What’s your take? Has Spencer gone to the dark side, or this all part of a bigger plan?