Chelsea Clinton’s new apartment isn’t far from her old home location-wise, but she and husband Marc Mezvinsky have plunked down a pretty penny for the upgrade! Find out what $10.5 million will get a couple in Manhattan. 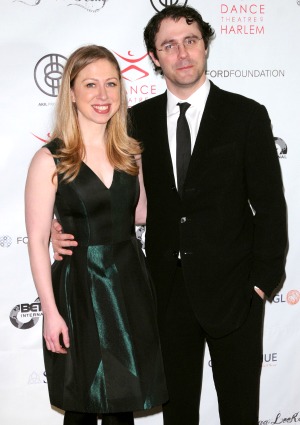 Chelsea Clinton‘s new apartment is making the $4 million place she and husband Marc Mezvinsky have been calling home look like a bargain. After spying the new 5,000-square-foot property while out for a stroll, the pair have agreed to fork over $10.5 million to call it their own!

The New York Post reports Chelsea Clinton and her husband of nearly three years signed on the dotted line for the living space upgrade last month. The apartment, which has been completely renovated and updated, was originally built in 1924.

The Clinton-Mezvinsky part of the five-story building boasts four bedrooms, six and a half bathrooms, a home office and a den. It also has a planting terrace, in case Chelsea’s got a green thumb, and a private storage unit.

Curious about the monthly cost of such a place? The U.K. Daily Mail did a little math and reported the monthly mortgage bill will be just above $57,000, if you assume they put down 10 percent. Their previous home, just across the street from the new digs, was worth $4 million — which would run roughly $18,000 a month.

Chelsea Clinton and Marc Mezvinsky tied the knot in 2010. Last summer she told Vogue the time for children hasn’t yet arrived.

“Marc and I are both working really hard right now, but I think in a couple of years, hopefully… literally, God willing,” the 32-year-old shared, noting her mother, Hillary Clinton, wouldn’t mind some grandbabies sooner than that. She added, “I hope my mom can wait that long.”

Chelsea Clinton’s apartment: Too much or just perfect for two people?