Do you share a birthday with a famous author? Even if you don’t, a fun way to discover new books is to read a one in celebration of an author’s special day. This month we feature three March babies. 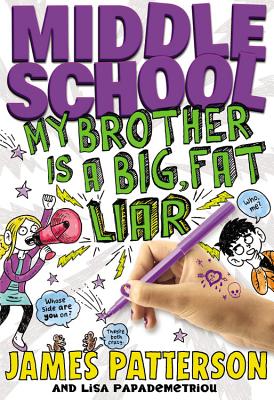 My Brother Is a Big Fat Liar
By James Patterson

James Patterson is known around the world for his Alex Cross thriller series (now at 20 books) and his Women’s Murder Club mysteries (the 12th book comes out next month). Although his 66th birthday was March 22, he’s still working hard. Some of you may be surprised to know that Patterson also writes wildly popular children’s books, many in collaboration with other authors. He has written a teen dystopian series (Witch & Wizard: The Kiss is the latest), a fantasy/sci-fi series (the fun Maximum Ride books), and a middle school series. Although the hero of the Middle School books is Rafe Khatchadorian, the newest installment, My Brother Is a Big Fat Liar, stars his younger sister. Georgia is determined to shake the bad mark left by Rafe’s mischief and become one of the coolest kids in middle school. Will she be able to negotiate the social ins and outs, catch the eye of the cute boy and not end up throttling her brother? 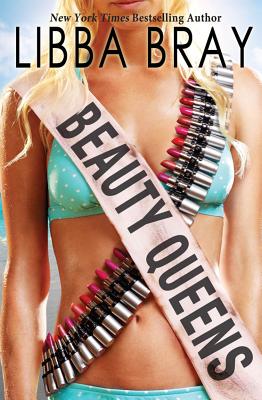 For many of us, our first introduction to Libba Bray was her Gemma Doyle trilogy, starting with A Great and Terrible Beauty, which is geared to teens and includes paranormal elements. Although the 49-year-old author’s novels are billed as young adult fiction, Bray’s work has crossed the age barrier, and she has many adult fans. In addition, she’s caught the eye of critics, and her Going Bovine, about a boy with mad cow disease, won the prestigious Michael L. Printz Award. Her most recent series, set in 1920s New York City, involves magic and ghosts (The Diviners). If you’re wondering which book to read first, we recommend Beauty Queens, about a group of teen pageant contestants who are stranded on a supposedly deserted island. This is a brilliantly crafted tale of girl power combined with a hilarious spoof on popular TV shows and classic books. It’s not too late to have a piece of cake in honor of Bray’s March 11 birthday. 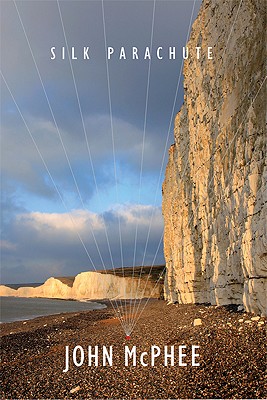 Is there anything that John McPhee hasn’t written about? From his most-famous Pulitzer Prize–winning Annals of a Former World series, about the geology of the United States, to his absolutely fascinating The Founding Fish, about how the shad has shaped our nation and stolen the hearts of American fishermen, McPhee makes every subject accessible, sharing his enthusiasm and curiosity for the people and places around us. One of his most charming books is The Survival of the Bark Canoe, profiling a New Hampshire man who keeps the Native American art of canoe-making alive. Art lovers have praised The Ransom of Russian Art, about a man who almost single-handedly protected modern Russian art from being lost under the oppression of the Soviet government. Celebrate McPhee’s 82nd birthday (on March 8) by reading Silk Parachute, a collection of some his shorter pieces that serves as a good introduction to his writings.

Are you familiar with any of these authors? Which of our featured books looks good to you?

Whose birthday is it? Authors born in February (a roundup)
National Women’s History Month: A roundup
Red Hot Book of the Week: The Crooked Branch by Jeanine Cummins