With over 20,000 fans having already donated their hard-earned dollars to the tune of nearly $2 million, the dream of a Veronica Mars movie can’t be far from reality. Hey, we’re all for anything starring Kristen Bell! We cherry-picked a few of our other favorite roles from the CW series’ leading lady. 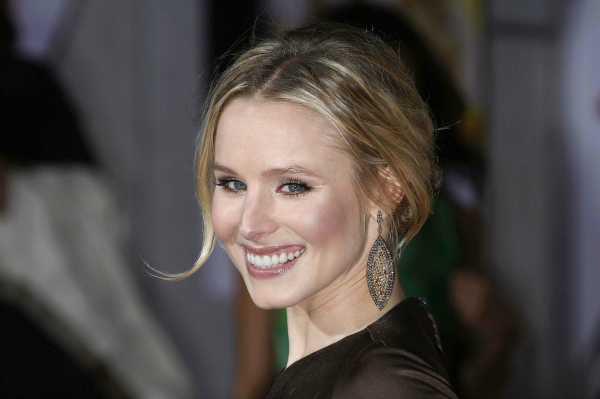 In our humble opinion, this is (hands down!) Kristen’s funniest movie to date. And how could it not be? The plot is thick with hilarity. As TV star Sarah Marshall, Kristen bails on her TV-music composer boyfriend, Peter Bretter — a stellar Jason Segel — for some R & R with her rock-star lover, Aldous Snow — played by the ever-comical Russell Brand. Lo and behold, the exes end up vacationing at the same resort! From Mila Kunis flipping her s*** on an old flame to the exes trying to outsex each other, the movie induces the kind of laughter that leaves you with side stitches.

Playing an unlucky-at-love art curator, Kristen Bell guarded her heart as Beth in 2010’s When in Rome. It may seem far-fetched that the gorgeous actress would ever have trouble with men, but she seemed completely believable as a women who’d been burned in the past (haven’t we all been there?). Part of what made her so gosh-darn likable in this romcom was her chemistry with her co-stars — or, in this case, love-struck suitors — played by Josh Duhamel, Will Arnett, Danny DeVito, Jon Heder and a hilariously narcissistic Dax Shepard, to whom Kristen is now engaged and expecting a little bambino with in real life!

Okay, so you don’t actually get to really see Kristen in Gossip Girl until the final episode. But — and this is important — the series would not have been the same without her. Why? Because Kristen gave voice to the show’s snarky namesake, of course! She set the tone at the start of each episode with her trademark line — “And who am I? That’s one secret I’ll never tell! You know you love me. XOXO, Gossip Girl.” Kristen may not have been a major player on-screen, but she brought the show’s most important character to life in our imaginations, which probably kept us from guessing all those years that the real gossipmonger was none other than Lonely Boy.

Don’t like the girl your brother’s dating? She’s probably not that bad. If you need perspective, simply refer to Kristen’s character, Marni, in You Again. Marni struggled to survive high school at the hands of a merciless head-cheerleader bully — one who Marni later discovers is about to marry her older bro! Painfully awkward at times, Kristen is endearing as a self-conscious, blemish-ridden, bad-bangs-stylin’ reverted version of her high-school self. Not to mention, the ensemble cast is killer: Jamie Lee Curtis, Sigourney Weaver, Odette Yustman, Betty White, Victor Garber and Kristin Chenoweth nail their respective roles. I mean, c’mon… any movie with Betty White is comic gold, right?