Vanessa Hudgens is no stranger to controversies that left her feeling overexposed. She explains what intimidated her most about her buzzy new movie, Spring Breakers. 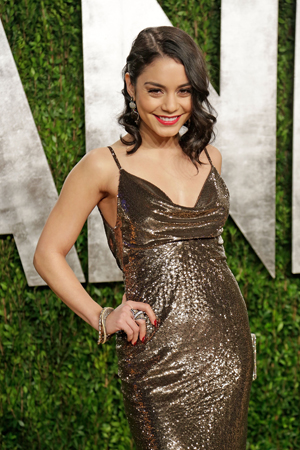 Vanessa Hudgens was excited to shed her Disney-fied image with the new film Spring Breakers, but the sex scenes kinda freaked her out.

“The thing I was most scared of was the sex scene and the nudity issue behind all of it,” Hudgens told MTV News. “I was not down to show this.”

At “this,” The New York Daily News reports that Hudgens gestures toward her chest, which she kept under wraps despite appearing in a menage a trois with co-stars James Franco and Ashley Benson.

Can’t blame Hudgens, really: The actress, who reached overnight heights of stardom after her good girl role in Disney’s TV movie High School Musical in 2006, was besmirched by a 2007 scandal when images of Hudgens posing nude showed up online. The star was then just 18.

“That was just a really s***ty situation that sucked,” Hudgens told Paper magazine in February. Disney required her to apologize for the photos or she would be dropped from High School Musical 3. “That was by far the worst moment of my career.”

At 24, however, Hudgens judged herself ready for Spring Breakers, which follows four young girls as they rob a fast-food restaurant to get the money to go on a spring break trip to Florida. There they meet a skeezy drug dealer (James Franco) and further dirty mayhem occurs.

Hudgens said that director Harmony Korine was understanding about Hudgens’ fears: “There were like a few little portions that I was like, ‘Can we please get rid of that?'”

But ultimately Hudgens was pleased with the results. “I think that it turns out really beautiful and artistic,” she told MTV News.