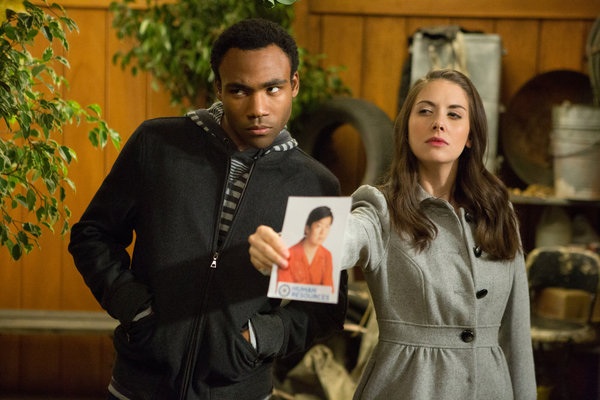 What’s the real deal behind Chang’s (Ken Jeong) amnesia? Was he in a car accident and hit his head too hard? Did he experience some emotionally traumatic event that shut his mind down? Or is this whole amnesia thing just another tactic to weasel his way into the group?

So far, Chang has been able to convince the students and faculty at Greendale Community College that his condition is real. Dean Pelton (Jim Rash) immediately fell for it… I mean, believed it. Jeff Winger (Joel McHale) on the other hand isn’t buying a word of it.

When the study group gets enrolled in the Advanced Documentary Filmmaking class they consider it the perfect time to do some research into Chang’s memory loss. Apparently, the whole school will get involved to try to solve the intriguing mystery.

Dean Pelton gets in on the action and uses the group to help get a grant that will allow for further medical research into Chang’s condition. He’ll probably become nothing more than a test subject, but hey, at least the group will finally be paying attention to him!

Community cast lives on as puppets >>

Abed will of course film (and probably narrate) the whole project while Jeff will be the naysayer who undoubtedly uncovers a hidden truth that everyone else missed.

Don’t miss all the witty pop culture references and filmmaking lingo tonight on Community on NBC.