On Wednesday night the American Idol stage came alive with performances from the Top 10 contestants — each bringing their A+ game in hopes of making it through Thursday night’s elimination. The public has spoken. Who will go home tonight? Here’s our prediction… 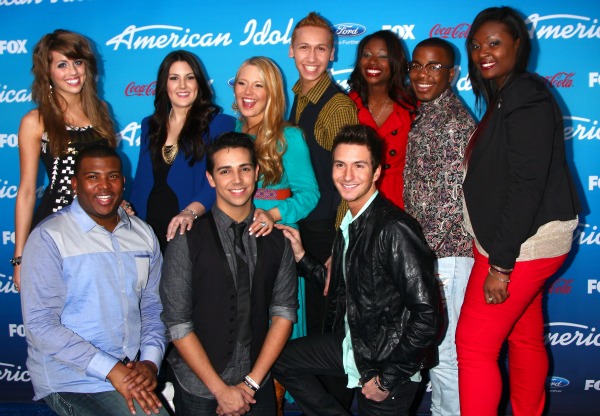 This 24-year-old from St. Louis, Missouri, has been wowing the American Idol judges for weeks now, and his jacket was pretty fabulous last night, but we fear Curtis may be voted off the island tonight. Like the others who we fear may be kissing their time on American Idol good-bye, Curtis’ talent is not in question.

Randy Jackson nailed it last night when he told Curtis to switch it up a bit. Is anyone else over those long, breathy ballads? We get it — it’s a voice competition and ballads are an opportunity to show the audience what you can do with your pipes. But it’s enough already. At this stage, we get that the contestants can sing. Now they need to switch gears and crank out performances that make us wish their song wasn’t over, or that they had another one to sing for us. This is where little Angie Miller shines. When she’s done with her performance, we always want more.

Don’t kill the messenger. As with Curtis, we don’t feel Devin is in jeopardy of getting the axe due to a lack of talent. It’s a given at this point that all the contestants are incredibly gifted. What some seem to be losing sight of is this competition has gone from pleasing the judges — who are industry professionals and will appreciate all kinds of voices and music, to a popularity contest. It’s not just the judges casting votes anymore. It’s America. And the kind of music that Devin and Burnell sing is beautiful in its own way, and they will both likely go on to have successful careers, but they just aren’t giving us the kind of stuff we crank up in our car or turn way up when we have to do housework. Both of these singers’ performances kind of make us ready for nappy-time. 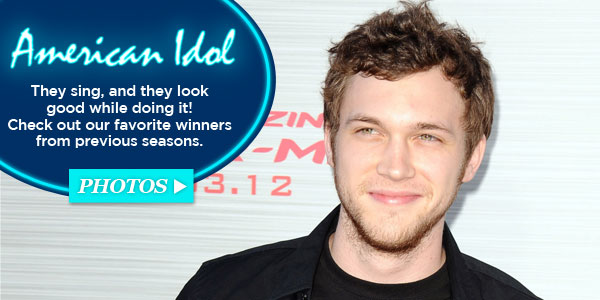 Lazaro, the darling boy with a severe stutter who can sing like a canary, is a wild card. He has a beautiful voice, and people feel like they are witnessing a modern-day miracle when they hear his stutter, and then listen to him step up to the microphone and belt out a beautiful song. We would be saddened to see Lazaro go, but after last night’s stellar performances, we’re just not sure he’s the next American Idol. If American does send Lazaro packing, he’ll hopefully embrace that he made it to the Top 10 and continue a career in music.

Sorry to underscore a point that has been made ad nauseum this season, but the girls are bringing it. Candice Glover shows the other contestants how it’s done. She received a standing ovation from all the judges Wednesday night (except Mariah Carey, whose skirt was too tight for her to stand up).

So how far off are we? Who do you think is headed home tonight? Comment below.