Hide yo kids! Hide yo ovaries! Justin Timberlake is all over TV. It’s too much sexy to handle! 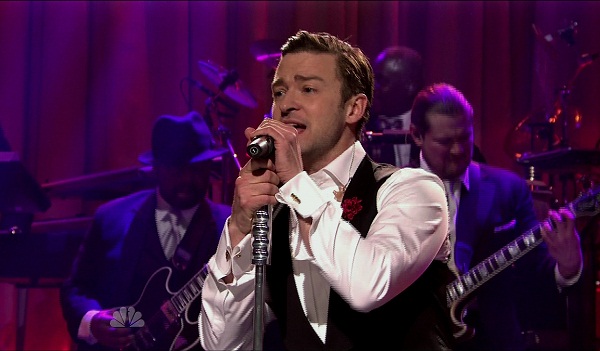 Just kidding. You can never have too much of Justin Timberlake‘s brand of sexy. That means that you should definitely tune into The CW on Tuesday, March 19, for Justin’s super sexy 20/20 Experience release party concert!

JT and Jay-Z are hitting the road together! >>

The special, long-windedly titled, Target Presents the iHeartRadio Album Release Party With Justin Timberlake, marks the release of Timberlake’s third studio album, The 20/20 Experience. The show will feature performances filmed at his Los Angeles El Rey Theatre album-release party held the night before on March 18. The concert will include a 30-minute radio special revealing the story behind the making of the album. Nice! Along with the special, The CW will also premiere the 8-minute-long music video for Justin’s next single off The 20/20 Experience. Then, just in case you miss it the first time, The CW will show an encore presentation of the special on Friday, March 22.

This won’t be Justin’s only television appearance to help celebrate the album release. He hosted and performed on Saturday Night Live over the weekend, bringing in the highest ratings for the show in over a year. Now, he’s spending all week hanging with Jimmy Fallon and performing new songs each night. Then again, he’s also done an old song, too. Just, you know, a little different.

You can also catch a full preview of his new album on iTunes. Holla!