Ryan Gosling is looking for The Place Beyond the Pines. The actor stars in the film where he plays a bike rider turned bank robber. That’s a dangerous combination. 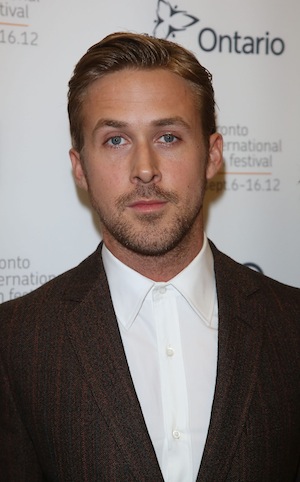 Ryan Gosling is one of Hollywood’s biggest stars. The actor continues to reinvent himself with every new role. His latest film, The Place Beyond the Pines, shows him in a whole new light. Gosling plays a tattooed biker named Luke who moonlights as a bank robber.

The Place Beyond the Pines centers on a man (Gosling) who unexpectedly learns he’s the father of a young child. He attempts to reconcile with his ex-girlfriend (Eva Mendes) to create a family unit.

Unfortunately, he doesn’t have the money to support them. Desperate times call for desperate measures, and Luke joins forces with Robin (Ben Mendelsohn) to knock off a bank.

Trailer: Rugged Ryan Gosling in The Place Beyond the Pines >>

In the following clip, we watch as the two men strategize. Is it just us, or has robbery never looked so good? Somehow Gosling pulls off being both carefree and concerned.

His character should have some reservations because on the opposite side of the law is a cop (Bradley Cooper) waiting for his big break. All he needs is one criminal to slip up.

Robin’s right: Not since Hall and Oates has their been such a team.

The Place Beyond the Pines is directed by Derek Cianfrance. It’s the second film he’s shot with Gosling, who previously starred in his controversial drama Blue Valentine.

The Place Beyond the Pines opens in New York and Los Angeles March 29, in limited theaters April 5 and nationwide April 12.

Are you itching to see The Place Beyond the Pines?