It’s been four years since we were introduced to Chris Pine’s Captain Kirk. The young captain of the Enterprise is back for another adventure, and this time, it’s personal. See him in action in the latest trailer for Star Trek Into Darkness. 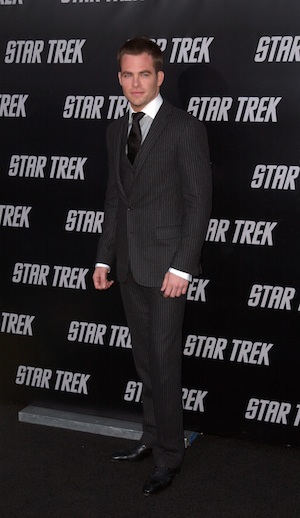 “You think the rules don’t apply to you because you disagree with them.”

Those harsh words, spoken by Capt. Christopher Pike (Bruce Greenwood), are featured in the new trailer for Star Trek Into Darkness. As expected, Pike is laying a verbal smackdown on the young James T. Kirk (Chris Pine). But don’t worry, he deserves it.

New trailer: Star Trek Into Darkness is a rough ride >>

Instead of terrifying us with more footage of the film’s villain, this trailer channels the film’s lighter side. It focuses on Kirk and his ragtag Enterprise crew as they do things his way. Kirk’s leadership is often questioned, but he always delivers.

This time around, Kirk has a personal vendetta against the intergalactic terrorist John Harrison (Benedict Cumberbatch). Kirk vocalizes his disdain for the criminal more than once. We expect an epic showdown between the two such as the franchise has never seen.

Kirk may be a bad boy, but he has a good heart. Harrison’s a narcissist who only cares about his own agenda. Millions of lives are hanging in the balance. We can barely contain ourselves.

Check out the new trailer below

What do you think of the latest footage from Star Trek Into Darkness?